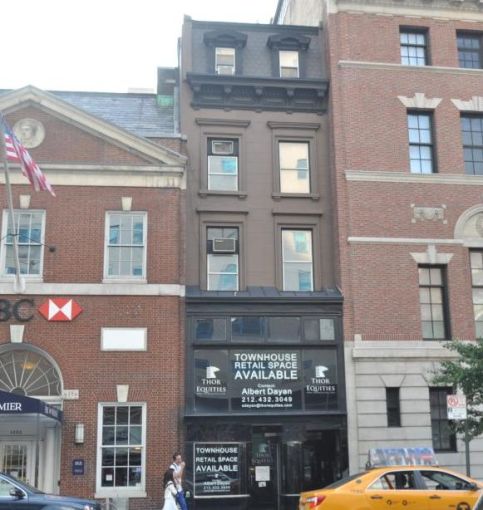 The $17 million non-performing CMBS loan on Thor Equities’ retail property at 1006 Madison Avenue is up for sale, according to information shared with Commercial Observer.

JLL’s Aaron Appel, Brett Rosenberg and Alec Mazliach are facilitating the note sale, documents show. Indicative bids are due July 16 and the winning bidder will be selected on July 24.

The CMBS loan was originated by Natixis in December 2015 and is part of the WFCM 2016-NXS5 deal. It is collateralized by the fee simple interest in the property—a five-floor retail townhouse located between 77th and 78th Streets, comprising 4,896 square feet.

The loan was transferred to the loan’s special servicer, Rialto Capital Advisors, in October 2018 for imminent default. And in March, The Real Deal reported that Rialto had filed to foreclose on the asset.

Designer and single tenant Roland Mouret shut his townhouse store at the property in December as part of a wider reorganization of the business, as reported by Women’s Wear Daily. Mouret opened the store—which comprised roughly 1,900 square feet on the ground and mezzanine levels—in September 2016 after relocating from 952 Madison Avenue.

The space was formerly occupied by lingerie retailer Peress of Madison Avenue, which moved to 1070 Madison Avenue between East 80th and East 81st Streets.

It’s not Thor’s first trouble with CMBS debt. In May, a $30 million loan from Barclays on Thor’s office tower at 545 Madison Avenue was sent to special servicing due to “severe cash flow issues” as reported by CO.

Officials at Thor Equities declined to comment, as did officials at JLL.