With Acquisition of AKS, Walker & Dunlop Is Ready to Rumble 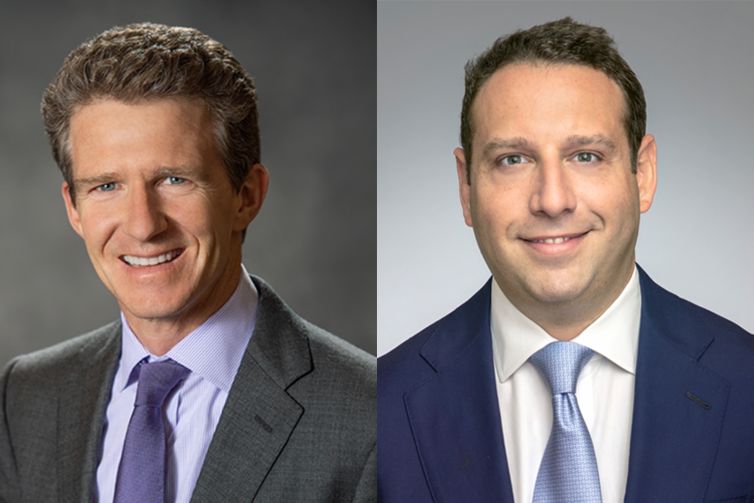 When the $2 billion merger of HFF and JLL in July 2019 forced AKS co-founders Aaron Appel, Keith Kurland and Jonathan and Adam Schwartz — former JLL debt and equity heavyweights — into creating their own, independent operation that month, Walker saw an opportunity to step in.

“I reached out,” Walker told Commercial Observer. “The HFF and JLL merger caused a significant amount of disruption in the industry, and we’ve been prolific in bringing in talent [over the years]. It was very evident when I got in touch with them that they were heading out on their own. In the last six months or so, the combination has become more powerful. W&D has a lot to bring to the table, with our brand and our client access, and [AKS] brings to us incredible banking capabilities and relationships across the country with large institutional borrowers.”

W&D — a robust, predominantly multi family real estate financier and advisor with more than 800 employees and 32 offices across the country — officially announced its acquisition of AKS this morning, just six months after its co-founders jumped ship from JLL.

The high-octane nature of AKS’ business makes for an interesting marriage with Bethesda, Md.-based W&D. Adding AKS vaults W&D into a position where it can immediately compete with the largest brokerage houses in the country on the most high-profile debt and equity assignments.

“At the end of the day, New York is a market [W&D] has been underbanked in [forever],” Walker told CO following this morning’s announcement. “When the opportunity came up, it didn’t take a lot of convincing to get me on the phone and up to New York, meeting with them. The most interesting thing is that [W&D] has been able to be one of the country’s largest lenders in the multifamily space, and when there are mega transactions there, we compete well and aggressively. But when it came to office, retail and hospitality, we didn’t have a set of bankers and brokers who could compete with that type of business.”

The four AKS co-founders are joining W&D as senior managing directors and co-heads of the firm’s New York capital markets practice, where they will lead a national effort in sourcing and structuring financing across all asset classes. The group will take with them an operation that arranged around $15 billion in debt in 2019 — between their time at JLL and AKS, according to previous information provided by AKS — and approximately $40 billion in the five years the quartet had worked together at JLL. They’re transitioning the entirety of their 15-person organization to W&D, Kurland said.

“For us, leaving JLL and starting our own firm and building out our business was the primary goal,” Kurland told CO. “But, we were intrigued [with W&D]; it’s a fantastic brand. It’s a very synergistic partnership, and creating a partnership and a marriage to strengthen our collective bench was attractive to us. And from a cultural perspective, what Willy has created throughout the firm was very appealing to us and something we certainly liked when weighing options to build out our business even further.”

Kurland added: “The strength [W&D] has, with its [suite of] offerings, it offers a best-in-class execution and [with our current size], we couldn’t offer that.”

When AKS spun off from JLL following the HFF merger, Appel, Kurland and the Schwartz’ were considered one of the most active and formidable debt and equity advisory teams in the country, having arranged upwards of $11 billion in 2018.

Up to and following the merger, internal rumblings circulated that the style and approach of Appel and his three colleagues — who have a reputation for being highly skilled and unique but rather aggressive and “prickly,” as one source previously told Commercial Observer — wouldn’t gel well with the incoming HFF teams and that there was tension at JLL over the future hierarchical structure within its capital markets group. Not long after a false report emerged that Appel was fired, he, along with Kurland and the brothers Schwartz, eventually agreed to cut ties with JLL.

But AKS, armed with a roster of clients, came out of the gates quickly in August, closing on a $807 million loan from Apollo Global Management to refinance Wharton Properties and Brookfield Asset Management’s Crown Building at 730 Fifth Avenue. They followed that up in October, when they secured a $749 million refinancing from Brookfield on Milstein Properties’ 335 Madison Avenue.

The team rounded out the year with a string of other deals, such as the $180.3 million construction loan they secured for Hope Street Capital’s planned rental tower at 550 Clinton Avenue in Clinton Hill, Brooklyn or the $130 million they arranged to refinance Cohen Equities and Taconic Capital Advisors’ 695,000-square-foot office tower at 801 Market Street in Philadelphia, as CO previously reported.