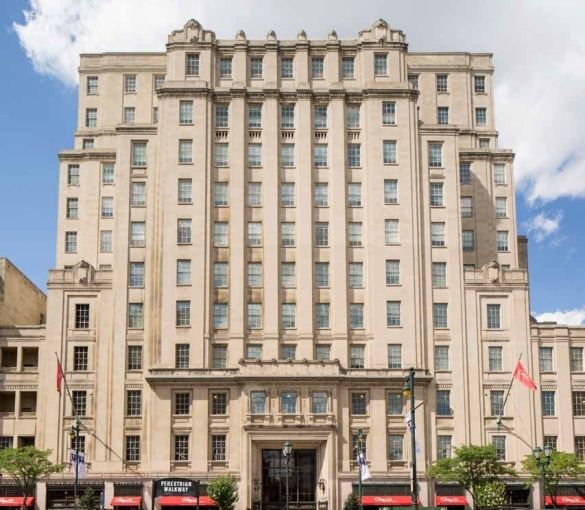 Deutsche Bank and Square Mile Capital Management have teamed up to provide Cohen Equities and Taconic Capital Advisors with a $130 million, five-year refinance of 801 Market Street in Philadelphia, Commercial Observer has learned.

Sources close to the deal said that Deutsche Bank provided a senior loan in the deal, while Square Mile took the mezzanine position. The senior-mezzanine breakdown couldn’t immediately be gleaned.

The 13-story, 695,130-square-foot asset is located in one of Philadelphia’s fastest growing submarkets. As previously reported by CO, New York-based Taconic Capital Advisors and Cohen Equities acquired floors three through six of the property’s office component in 2017 — with the help of a $96 million acquisition loan, also from Deutsche Bank and Square Mile — after purchasing floors seven through 13 in 2016.

The property’s retail space — spanning the first two floors as well as the subgrade space — is owned by a joint venture of PREIT and Macerich. The two redeveloped the retail component as part of Fashion District Philadelphia, a development that spans three city blocks and encompasses several retail, dining and entertainment brands.

“Given our ownership of the upper office stack, it made perfect sense to acquire the remaining office floors due to the complementary nature of the rent-roll profiles — stable versus opportunistic — and the added value in cleaning up the condominium structure,” Taconic Director Eric Sitman said at the time of the acquisition in 2017. “The PREIT and Macerich teams were an excellent counterparty and we’re excited to see them succeed with their Gallery redevelopment, which will be a game changer for the Market East submarket.”

Formerly known as the Strawbridge Building, having being built for the Strawbridge department store, the Beaux-Arts style property dates back to 1931 and was also used as Thomas Jefferson’s office when he was Secretary of State. It is in walking distance of Independence Hall and the Liberty Bell.

A spokesman for Deutsche Bank declined to comment, as did officials at Square Mile. Officials at Cohen Equities and Taconic did not respond to requests for comment.