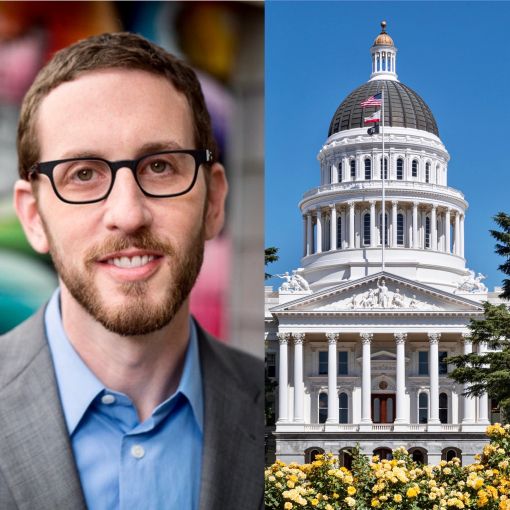 State Senator Scott Wiener, author of SB 50, has until January 31 to get his transit-housing bill approved by the Senate. gcornfieldcommercialobservercom

Brace yourselves, Californians. It’s back.

State Senator Scott Wiener introduced amendments this week to his contentious transit-housing bill in a final attempt to pass what he hopes becomes a silver bullet to the housing crisis plaguing the state.

If approved, the bill would significantly increase the amount of housing allowed throughout California by raising height limits and allowing mid-rise apartments near transit stations and employment centers, as well as four-plexes in single-family neighborhoods.

Since it was first introduced in 2018, Senate Bill 50 has been at the center of one of California’s most high-profile debates in the battle over the best way to address housing availability. It met strong opposition last year and was shelved in the Appropriations Committee, and now it has until Jan. 31 to pass the State Senate.

Wiener argues the bill is necessary to address the housing crisis, in which the state needs millions of new homes over the next half-decade. The shortage is often cited as the cause of ballooning rents and the growing homeless population. Wiener said it threatens the economy, the environment and quality of life.

But a long list of opponents — which includes local lawmakers, suburban community groups from across the state, and affordable housing advocates  — argue that the bill doesn’t do enough to address affordability, and takes away power from cities and counties.

Don’t tread on me, Sacramento

One of the largest obstacles on SB 50’s path to becoming law is the argument that it takes away control and discretion from local leaders. Andrew Starrels, a partner with Holland & Knight, said the bill faces the perception that it’s “an exercise of state lawmaking interfering with what has traditionally had local control.” That argument was the reason the bill was shelved last year.

The latest version introduced this week includes a new two-year period between the time SB 50 would become law and the time it’s enforced. The wait was added to give cities and counties a chance to create individual plans to bolster housing, as long as it meets the same goals of creating significantly more development near job centers and transit stops.

“You’re still going to see opposition by a lot of local governments, so that’s still going to be an obstacle,” said David Waite, a partner at Cox, Castle & Nicholson. “They really guard their planning authority, and they don’t want to change the character of their single-family neighborhoods, which have been maligned as a challenge to local zoning. […] In places like Los Angeles, we really protect our single-family neighborhoods. Cities want to guard that as a resource.”

The issue is compounded by the fact that many city and county leaders are certain SB 50 will lead to housing development that they aren’t interested in, especially in suburban communities. That’s why Waite said SB 50 is a “cudgel” to get local governments to allow more housing in places that have been restricted to single-family housing for decades.

“Especially in Southern California, we are dealing with a pattern of development that was dispersed and sprawling for generations,” he said. “It’s both a pattern and a part of the culture to live detached with yards and pools. We created an entire ethos on that. It will be very hard to go to those communities and say, ‘We propose high-rises on your corner.’”

Through the Transit Oriented Communities (TOC) program, L.A. has a transit-based housing program that incentivizes development near public transportation stops, so long as it includes affordable units. Between October 2017 and September 2019, about 17,700 discretionary units were proposed through the TOC program, and 20 percent are designated as affordable, according to the city planning department.

But the TOC program only applies where multifamily development is already allowed, and it is excluded from single-family neighborhoods. If SB 50 is approved, those areas of L.A. would enter the fold and see much higher density allowed than there is now.

Last April, the L.A. City Council voted unanimously against SB 50, and council members argued it could lead to displacement of lower-income renters, as well as the loss of historic districts and single-family neighborhoods. Councilman Paul Koretz said it was a “handout for developers” at the time.

Waite also expects affordable housing advocates to continue opposing SB 50. He said a “myriad of housing types” are needed to address the housing crisis, and the question for SB 50 is whether it will lead to significantly more affordable and workforce housing, rather than market-rate or luxury housing.

“Developers are trying to figure out how to provide more units for those people, and hoping the government responds to make that middle workforce level,” he said.

In an interview with the Los Angeles Times, Senate President Pro Tem Toni Atkins said she expected the bill to advance to a Senate floor vote this month. But the hurdles may be too high to gain full approval.

Starrels said it’s too early to tell how legislators will respond to the new amendments, but he doesn’t expect SB 50 to pass as-is. He said the intentions are good, but he’s also not sure if one “silver bullet” exists that could open the floodgates to the amount of housing needed.

“The hill we have to climb in terms of housing needs is so steep,” he said. “There’s no question that changes are needed, but it’s about how you get there.”

However, Starrels thinks lawmakers will do something serious this year to address the crisis, even if it isn’t SB 50.

“I don’t think this will be the end of the story,” he said.

Indeed, Assemblyman Miguel Santiago introduced a bill on Wednesday that would allow all affordable housing and homeless housing projects to streamline through entitlements exempt from the California Environmental Quality Act, which can expand and delay the permitting process for each project by years.

Waite also suspects the issues will continue to be debated as the problems persist.

“Wiener isn’t giving up, and the problems are not going away,” he said.