What’s the Matter with California?

If everybody in the Golden State wants more housing why did SB 50 fail? 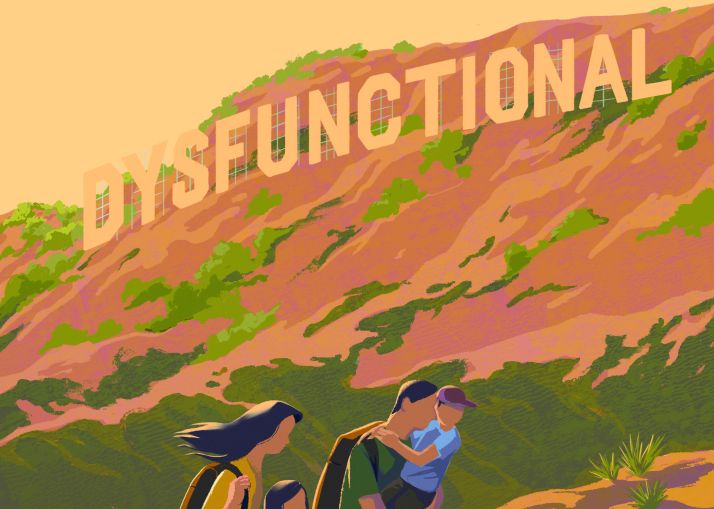 The answer is clear why SB 50 failed. Illustration: Cornelia Li

It was a bill that, depending on what side you were on, either held the promise of easing the crushing lack of affordable housing in the state of California, or was the mechanism by which local, single-family neighborhoods would be compromised irrevocably by large-scale development.

Senate Bill 50, an ambitious proposal authored by Sen. Scott Wiener, D-San Francisco, would have allowed for four- to-five story apartment development near rail stations and four or more homes on land currently zoned solely for single-family homes across L.A., San Francisco, Silicon Valley and much of the rest of the state. The bill would have also reformed zoning in areas that were deemed as high opportunity zones (those that rank above the regional average in terms of educational attainment, employment and population above the poverty line), which would have applied to some of California’s most exclusive zip codes, including Beverly Hills and Palo Alto.

“It would be a transformational bill. And transformational bills, no matter the topic, elicit strong feelings because it’s a challenge to the status quo,” David Garcia, the policy director of the Terner Center for Housing Innovation at the University of California, Berkeley, told Commercial Observer.

The bill crashed and burned on May 13 when it was placed on hold by a vote of six to zero.

It was the second time around for the high-profile, controversial measure—and it didn’t work out much better than the first time. (Originally introduced in January 2018 as Senate Bill 827, the legislation was killed in its first committee hearing that April.)

Despite nearly everybody in California agreeing that something urgently needs to be done about the issue of housing, and despite being an overwhelmingly blue state in which the Democratic party cemented supermajorities in both houses of the legislature this past November, party leadership was sharply divided over the bill. And, indeed, it was Sen. Anthony Portantino, D-La Cañada Flintridge, chairman of the Senate Appropriations Committee, who put the kibosh on the proposal last month when he announced that Senate Bill 50 would not advance this year. The bill will not be eligible for debate again until 2020, where it will likely face even greater obstacles because of the election year.

Garcia said that he wasn’t surprised that Portantino sidelined the bill—Portantino had been a clear opponent of the measure—but Garcia was surprised by the fact that Democratic leadership didn’t intervene to revive it.

“Previously, the Democratic leadership had spread strong signals that they wanted the bill to advance,” Garcia said. “Most people covering the topic did not expect this [committee hearing] to be a significant hurdle.”

Despite efforts from the bill’s equally vocal supporters—which counts several major trade unions including the State Building & Construction Trades Council of California and environmental groups among them—California Senate President Pro Tempore Toni Akins has declined to override Portantino’s decision thus far. (The deadline to do so was May 31.)

So, what gives? After all, Gov. Gavin Newsom has not only pledged to build an unprecedented amount of affordable housing units—with the construction of 3.5 million new homes by 2025 that would more than quadruple California’s current output—but even went so far as to sue the city of Huntington Beach in January for failing to allow enough new homebuilding to accommodate a growing population, as The Los Angeles Times reported.

According to Patrick Crandall, a managing director at CapitalSource, one reason the bill failed was that, in its current form, it would see the state usurp the ability of municipalities to regulate their land use and city planning.

“It was well-intended, but I don’t think practically speaking it could work the way it was drafted. It’s very difficult for the state to supersede local municipalities in their land-use designations and how they try to manage development density,” Crandall said.  “Honestly, I can’t say I blame local municipalities for wanting to push back. You can go to places like Texas and it almost seems like you have no zoning. You have mixes of uses that just pop up out of nowhere.”

“Force-feeding the market from a regulatory perspective,” doesn’t work, he said, because it fails to address the underlying problem which is the high cost of land in the state. Commercial developers, saddled with high land cost, must build higher-end product (with higher rents) so their deals pencil out.

Dismantling of the state’s redevelopment agencies in 2012 (and thus ending the $5 billion per year of funding they provided for development in blighted areas from property taxes) was another reason Crandall (and others) cited to explain why the state’s multifamily housing is in disarray and nothing substantial has arisen to take its place.

“Local governments, city managers and mayors look at housing as being a cost item and not a return-on-value item. And they’re right about that,” said Larry Kosmont, who has served as a city manager for the city of Bell Gardens and is the CEO of Manhattan Beach-based Kosmont Companies.

“Residential drives service costs, and cities are nothing but service businesses. So, to ask them to produce the very product that causes them the most cost is a very hard thing to do. Fundamentally, the irony is housing for local cities is a bad business decision, for the most part, based on the tax revenue.”

Kosmont added, “Those cities and counties hide behind the issue of local control, but it’s more than local control. It’s economic preservation.”

Shlomi Ronen, a managing principal and founder of Los Angeles-based Dekel Capital, said he was hoping the bill would pass. He would be surprised if there were many commercial real estate developers who were against the bill because, despite its limitations, it would have made the entitlement process in California simpler and faster to get through, decreasing development costs which would ultimately result in lower rents for units.

“Just to take projects through entitlement in the city of Los Angeles is about 12 months. And then, if you have to go through the process of getting a density bonus from the city, you’re tacking on another year or year and a half to the project,” he said.

Currently, to take advantage of density transit bonuses in Los Angeles through Measure JJJ, an initiative voted into law in November 2016, developers who need to amend the zoning of a property are required to use union labor, which costs 20 percent more.

Allowing higher-density projects near mass transit would have also cut down on the parking required, allowing developers to add more units in its place as well as reducing the overall project risk and cost of parking, which Ronen said adds roughly $100,000 a spot for subterranean parking from the second level down.

Garcia said that, had the bill passed, it would have allowed for the development of smaller units and, thus, diversified and increased the amount of commercial developers who could compete.

“If we were able to reform land use so we could do things like duplexes or triplexes or small apartment buildings, that’s a different class of developer than the larger companies that are building 300- to 400-unit projects and that—to me—is one of the biggest opportunities in California—to look at our zoning to the extent that we can catalyze a new category of developer,” he said.

In the absence of regulatory change, Crandall said the trick is to find creative public-private partnerships and figure out ways to finance these kinds of developments.

A good place to start, Kosmont said, is to ramp up the state’s Enhanced Infrastructure Tax District initiative, which provides broad authority for local agencies to use tax increments to fund infrastructure and development projects. Established in 2014, only three have been completed thus far with 30 more in the hopper, he said.

Currently, California has increasingly become a tale of two states, with housing more plentiful for both the very wealthy and low-income, but gutted when it comes to the middle class.

“The issue that we’re facing in California is portrayed as a housing issue, but to me it’s also a jobs issue. For the most part, we’re just creating jobs that pay $15 an hour in this economy or at the very high end because of the tech industry and at some level the creative industry in California. What we’re not creating is the middle range of jobs [for people to] afford the middle range of housing,” Kosmont said, which in California averages around $500,000 to $800,000, depending on the county.

“If we could create—‘poof!’—[the] 3.5 million units that we are short, we [still] wouldn’t have 3.5 million buyers who could afford the pricing on those houses.”

The cost to the state’s future depends on addressing the issue, he said, citing stats indicating a net-negative migration from the state of an average 1 million residents per year who are seeking a lower cost of living and better quality of life in states including Utah, Denver and Texas.

These include the “pocketbooks of the future,” Millennials, and Gen Z after them (those currently aged 4 to 24, according to Pew Research), which by 2025 will make up 75 percent of the consumer spending population, he said.

Bob Hart, president and CEO of TruAmerica Multifamily, blames the myriad special interests and entrenched NIMBYISM in the state for the measure’s demise.

“To be blunt, the reason we have an affordable housing crisis in California is that there are too many special interests and nothing gets done in the legislature,” he said. “You have single-family protection advocates, potential displacement of low-income residents that have already been threatened by new housing in their communities, issues of historic districts and coastal zones. People find every goddamn [excuse] there is rather than [focusing] on the big picture of what’s needed.”

He said it’s going to take a concerted effort between business and community leaders and politicians as well as economic incentives at the state and local levels to get anything done.

“You’ve got to get CEOs and thought and business and regional leaders to say, ‘enough is enough.’ It’s going to take stakeholders in each community to stand up and push for a combination of density and affordable housing incentives to lock arms with legislators to get that done,” he said. “Someone has to give. Not everybody is going to win. Not everybody is going to get what they want.”