Despite the persistent housing crisis, a group sued the city to halt the Transit Oriented Communities program, which has led to proposals for almost 20,000 new units since 2017 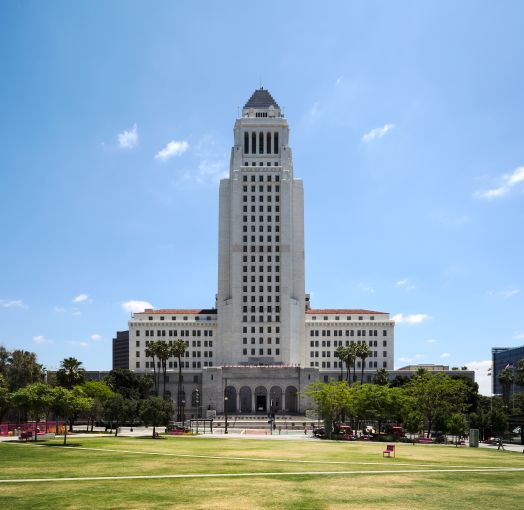 The program has become a developer favorite, and it has led the way in encouraging new multifamily projects throughout the city. But now an activist group has filed a lawsuit against the program, saying it gives away too many incentives and violates city and state law.

The program gives developers bonuses for projects proposed near public transportation stops as long as a percentage of the units are designated for lower-income households. It stems from Measure JJJ, which voters approved in 2016, and requires prevailing wages for construction crews and affordable units on developments. Its TOC program has since become one of the city’s most defining policies in spurring multifamily development.

As of June, the program has so far led to proposals for 19,928 new units, including 3,863 units that are designated for lower-income tenants, according to a report from the city planning department. In the second quarter alone, the program accounted for almost half of all units proposed through the planning process.

The TOC program has been particularly notable as it was created to address the housing crisis, and it’s been popular in light of California Housing Partnership’s estimation earlier this year that L.A. County needs roughly 517,000 new units designated for low-income households to meet the current demand.

But production has still slowed in Los Angeles since the approval of Measure JJJ because it requires developers who request zoning changes to boost worker wages and include affordable housing. Since the measure was approved, developers have nearly stopped applying for zone changes. A report by the University of California Berkeley and LAplus said that developers claimed moving to union labor would add approximately 20 percent to the costs of buildings for mid-rise buildings, and 30 percent for low-rise, wood frame-only construction.

But that report also found that the TOC program is now the most popular construction-based incentive program in the city.

Another example of its popularity came earlier this month, when Reliable Properties filed updated plans for a mixed-use project at 5525 Sunset Boulevard, which now calls for 412 units and 36,000 square feet for retail. It replaces the firm’s original plan for 293 units at the same site, which was approved last year. To increase the density, the firm will take advantage of the TOC program, as the site is located near the Metro station at Sunset Boulevard and Western Avenue. About 25 percent of the base units will be affordable, as opposed to 15 percent in the original plan.

Bradley Nourafshan, director of development at Reliable Properties, told Commercial Observer that it’s very important to allow higher density near transit areas. He added that the TOC program makes it more feasible to provide more affordable units in communities where they wouldn’t have otherwise been provided.

“There is a housing crisis right now, and in order to address it, we must allow more units to enter the market,” he said.

But now the program is facing a new hurdle after nonprofit group Fix the City filed a complaint in Los Angeles Superior Court to halt the TOC program in its current form. The group argues that the planning department’s approval of the program violated state and city law, and also violated the voters who approved Measure JJJ by granting bonuses without ensuring good jobs for workers. The Los Angeles Times first reported the lawsuit.

Under Measure JJJ, projects are supposed to be limited to three bonuses from the TOC program as long as the labor standards are met, according to Fix The City. The group argues those bonuses should only include increased square footage, increased number of dwelling units and reduced parking, and that the guidelines should have been approved by the city council before it went into effect. The existing guidelines, however, include other bonuses such as increased height and reduced open space, what Measure JJJ allows. And the group says the city has not required prevailing wages for construction crews.

The group also wants to overturn the recent approval of a seven-story, 120-unit project by Nayssan Properties that utilized the TOC program to grow its project size. Twelve units will be set aside for extremely low-income renters at 10400 Santa Monica Boulevard near Century City, according to reports. The development is reportedly set to reach nearly 80 feet in a lot that was otherwise limited to 57 feet.

“This was not the bargain the voters struck with the city,” said James O’Sullivan, vice president of Fix The City, in a statement.

Laura Lake, a board member with Fix the City, told the Times that L.A. is using the program to rezone the city without securing legislative approval. The group hopes to halt the program entirely and to start the process over with public hearings.