Multifamily development has been reshaping the most densely populated district in L.A. County 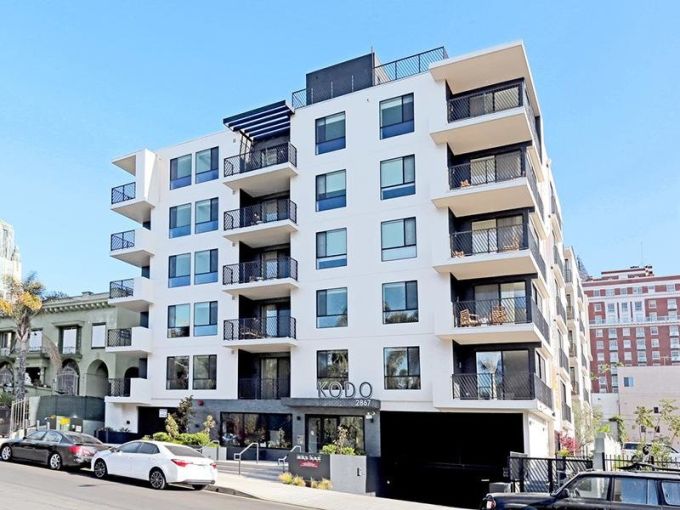 Alhambra Place Partnership is the latest buyer in Los Angeles’ booming Koreatown, which is currently undergoing a yearslong transformation into a taller and denser community.

The Arcadia-based firm paid $29.25 million to CGI Strategies, the prominent L.A.-based developer, for its 60-unit, newly-built complex called The Kodo at 2867 Sunset Place. CBRE announced the deal, and Laurie Lustig-Bower and Kamran Paydar represented the seller.

The Kodo, completed last year, spans about 48,100 square feet with a mix of studio, one- and two-bedroom dwellings. About half of the units were leased as short-term, furnished rentals when the sale closed. The property features a fitness center and a rooftop lounge.

The 2.7-square-mile Koreatown — the most densely populated district in Los Angeles County — has been evolving for about seven years thanks to its own construction boom. Demand for rental apartments continues to grow and dozens of developments are currently underway, many of which include hundreds of new units.

The most prominent actors include firms like CGI and Jamison Services, which has been converting an expansive portfolio of older office properties into multifamily space within the housing-strapped city.

Koreatown’s evolution was catalyzed by three new Metro subway stops that opened along Wilshire Boulevard. That helped encourage several developments, including the project at 800 South Western Avenue, designed by KTGY Group, that will add 230 units and 12,200 square feet of retail space. Similar to several other Koreatown projects, developer Jamison took advantage of incentives from L.A.’s Transit-Oriented Communities program, which allows for larger projects in exchange for affordable housing near public transportation stops.

The flood of new multifamily development also includes Bando Dela which purchased a property earlier this year that is entitled for 252 units. Southwestern Law School is also planning to add a new 133-unit dorm at the Bullocks Wilshire building at 3050 Wilshire Boulevard.