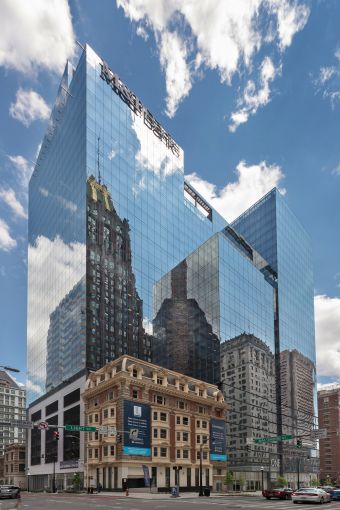 In one of the largest financings for the city, Madison Marquette landed $185 million in financing from Bridge Investment Group to recapitalize One Light Street, its newly-constructed tower in downtown Baltimore, according to the developer.

The 28-story tower, located at its namesake of 1 Light Street, opened earlier this year with M&T Bank as the lead tenant.

“It’s the only trophy class asset building in Downtown Baltimore in the last 10 years or so, and in that area, it really increases the standard of assets,” George Kelly, Madison Marquette’s senior vice president and development director, told Commercial Observer. “We had a very strong relationship with Bridge. We liked them as a lender and wanted to do business with them.”

According to Kelly, the financing will be utilized to shore up the asset and keep it in a strong position. Madison Marquette declined to provide details on the new equity and debt split following the recap, but noted that the ownership structure remains unchanged.

The property, located two blocks from Baltimore’s Inner Harbor, consists of Class A office space with M&T Bank’s 155,000 square feet on six floors as its lead tenant, 5,000 square feet of ground-floor retail and 280 luxury apartments. It celebrated its grand opening in June, according to media reports.