Brick-and-Mortar Plays: DJM Doubles Down on Its Retail Properties 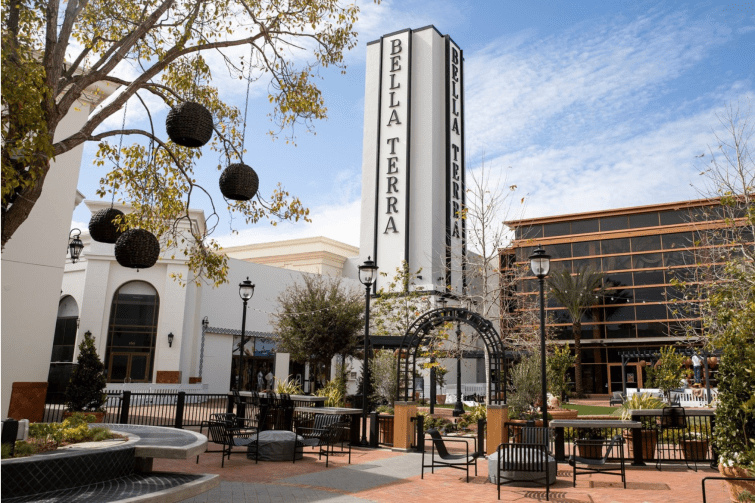 E-commerce has become king of the retail sector, as more and more big-box stores and empty malls close their doors in the new age of Amazon and online shopping.

Earlier this year, a survey by Allen Matkins and UCLA found that internet sales grew twice as much as retail sales over the past two years in Southern California. But, throughout the region, some owners and mall landlords say the brick-and-mortar sector is far from dead. Instead, they say, those spaces just need to be reimagined.

DJM Capital Partners announced the reopening the outdoor area at Bella Terra — a luxury shopping and entertainment center in Huntington Beach — after recreating it with updated outdoor space. The San Jose-based firm, which is currently also recreating and reinvesting in a handful of other brick-and-mortar properties in Southern California, replaced the underutilized amphitheater space with new design elements for community gathering, new tenants and restaurants, and concert stage space for performances.

Stenn Parton, chief retail officer at DJM, told Commercial Observer that the property was originally designed in the late 1990s and early 2000s before the e-commerce age started taking over, and that it was no longer “conducive to what we see as the best way to program and market on-site activities.”

“As retail continues to change, landlords and owners need to decide if they’re going to sit tight and assume they can ride through what’s occurring or become proactive,” he said. “We decided it’s time to evolve our properties in the way that customers have changed the way they look at their products. For us, to stay relevant, we need to address those experiences … If you sit and wait, the market is going to pass you by.”

Parton said the plan has been in the works for a few years. It was designed with the idea of serving as a “backyard” for Huntington Beach, where consumers can eat and drink during or after they shop. The outdoor space now includes an open-air beer and wine garden inspired by the dining al fresco culture of Spain, as well as the “California backyard.”

D. John Miller, CEO of DJM, said in a statement, “Bella Terra has come a long way since the days of the Huntington Beach Mall.”

Indeed, the retail industry is still struggling to stay afloat. After the first quarter, CBRE reported that big box closures alone accounted for a 323,000-square-foot loss in rented space. But the second quarter saw a rebound and recovery, according to the firm’s latest report. The firm concluded that the retail market in Los Angeles would end the year strong with overall lease gains if the pace of the second quarter maintains.

More than 206,000 square feet of new space was added from April through June, and about 1.5 million square feet of space is under construction in Los Angeles, half of which is expected to be completed this year.