The Long and Short of It: Shorting Retail CMBS Is Looking Bettor and Bettor 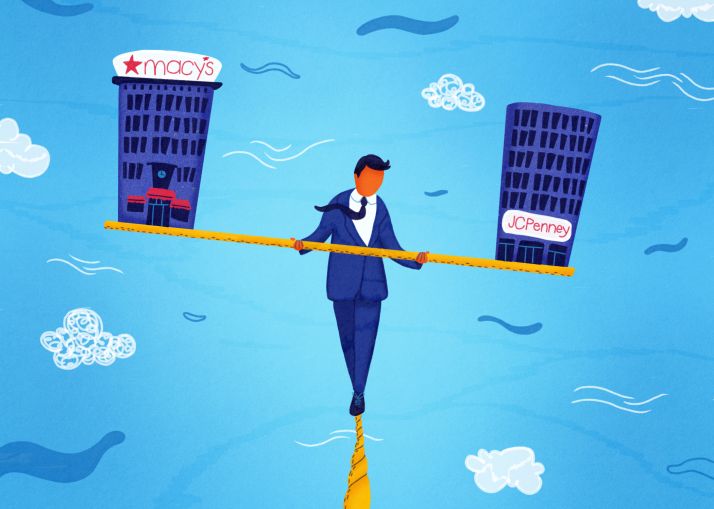 The doomsayers of retail CMBS aren’t in “short” supply.

While the short-selling of retail CMBS doesn’t exactly mirror the bets made prior to the fall of the sub-prime mortgage market in Michael Lewis’ The Big Short, it has certainly captured the attention of the financial sector.

The modern U.S. economy is well into a slow but steady purge of brick-and-mortar retail from the marketplace, thanks to an e-commerce takeover, and where there’s distress, there’s opportunity.

Many eager bettors have found a way to make a handsome profit in the beleaguered sector by targeting mortgage loans backing physical retail assets that are home to troubled retail brands.

Savvy and opportunistic traders are keeping busy purchasing credit protection (credit-default swaps) against subordinate bonds in the early CMBX indices that housed commercial mortgage-backed securities (CMBS) conduits with heavy exposure to malls and shopping centers, paying a sizable sum to bet on the potential downfall of those assets.

The CMBX indices are each tied to a bundle of 25 CMBS conduit deals issued in a particular year—the first, Series 6, houses 2012 and 2013 vintages while the second, Series 7, houses 2013 and 2014, and so on to the most recent Series 12. They act as indicators for the overall performance of the commercial mortgage market, enabling investors to make educated bets on long and short positions. CMBX 6 launched in January 2013, after a nearly five-year hiatus.

The earliest retailers targeted in the short of CMBX 6 and 7 series were those that started to fall first—Sports Authority, Sears,  Toys “R” Us and JC Penney, among others. (All of which have declared bankruptcy, except for JC Penney, which many believe was set to benefit from the fall of some of its competitors but has announced sweeping store closings.)

And now, for most retailers, there seems to be “nowhere to hide,” Trepp senior managing director Manus Clancy said. “There’s nowhere in the B- and C-retail category where anyone can say, ‘at least this is going great.’”

Given the current retail backdrop and e-commerce surge, things are looking up for the shorts, even with the steep cost of the trade. Factors such as the spike in online retail sales and the increased volume in interest-only CMBS issuance could impact the performance of future retail CMBS loans and put the market in a precarious position in the face of a downturn.

The “longs”—on the other hand—are happy to accept the hefty premium charged for them to hold the risk, which Clancy said is currently in the realm of 5 to 6 percent, versus insurance premiums on pre-crisis subprime mortgages in the Big Short-era that were below 100 basis points.

“With the long play, you’re getting paid so much to hold risk for losses that won’t be that bad. None of the longs are doing this thinking there’s going to be a renaissance,” Clancy said, noting that both sides expect losses but that the longs anticipate it happening much more slowly. “They’re thinking, ‘I can collect a 6 percent coupon per annum before these losses hit.’ That’s going to be a nice return.”

The trade earned its celebrity in early 2017, when spreads for BBB- and BB rated pieces—the first notes to suffer losses if underlying loans falter—of the CMBX indices widened dramatically and continued through the end of the year, indicating that the short (on the earliest post-crisis index, the Markit CMBX Series 6) was paying off nicely.

“It seems like a very fair trade,” Clancy said. “The amount of premium [the longs] are receiving for those risks are commensurate for the risk they’re taking. You can make solid arguments for going long and short.”

The concept of this short harks back to pre-recession days, when the shorting of credit-default swaps in subprime residential mortgage-backed securities (RMBS) became a phenomenon and a bittersweet industry bright spot amid the fall of the global financial system.

But this time, it’s much different.

“[With these new series], you can’t surgically come up with the type of exposure you want; you have what you’re given,” Clancy said. “You could do it 10 years ago, making synthetic pools; you could pick 15 bonds and structure a synthetic collateralized debt obligation (CDO), knowing exactly what was in it; the short was built into it. [The market is] wiser today.”

The loan pools within each CMBX index carry everything from large $100 million-plus loans on malls to $20 million deals on small shopping centers. But, the larger the debt load, the more difficult it would be to refinance an underperforming, illiquid mall, thus becoming a target for shorters.

Clancy said there’s typically 10 to 20 firms that are consistently engaging in the CMBX retail short, because it may seem a better or more predictable play than trying to short U.S or European equities. “But, [this] is a different beast and requires patience,” he said.

Canyon Partners Co-Chairman and Co-CEO Josh Friedman told Bloomberg in a March interview that the $25 billion fund manager has made a move into the CMBX retail short to the tune of just over $1 billion.

“We’ve started to use CMBX BBB- layers as a way to provide a hedge with maybe some optionality in a downturn as well,” Friedman said. “It’s enough to provide a fair bit of insurance in downturns. CMBX, inherently, has some of the lower quality commercial real estate mortgages as part of its asset base, but today, the percentage of those assets that are interest-only loans, for example, has increased quite dramatically; earnings are starting to miss projections and are actually down in some of the fundamental credits as opposed to being projected to be up, so you’ve got loan-to-values that are comfortably above 100 percent in some of those portfolios, even though they’re still paying coupons.”

Looking ahead, the growth in retail sales in the first quarter of 2019 brought a positive message for the broader U.S. economy, but it painted a relatively grim picture for the future of the sector’s real estate.

In 2018, in-store sales still dominated, but e-commerce has been consistently penetrating and capturing market share. Its share of overall retail sales surged to nearly 15 percent last year, while in-stores sales ticked up 3.7 percent (a decade ago, online sales represented only about 5.2 percent of total retail sales).

Led by none other than Amazon, e-commerce sales surpassed general merchandise sales (excluding auto, restaurant, clothing and accessories sales) for the first time in history in the first quarter of 2019, according to information from the U.S. Department of Commerce. In addition to that, the first exchange-traded fund (ETF) focused mostly on e-commerce, Amplify Online Retail ETF, is up 27 percent so far this year, outpacing the 17 percent jump in the Standard & Poor’s (S&P) 500.

And to further add to the brick-and-mortar blues, despite the economy posting strong monthly job numbers, layoffs from retailers in the first few months of 2019 reached the highest level since 2009, when the global economy came crashing down (40,000 job cuts as of March, according to data from Challenger, Gray & Christmas, obtained by the Financial Times).

Investors in the short follow retail sales figures and malls with struggling retailers—especially single-tenant assets—or those that are beginning to fracture and shrink their footprints, like Macy’s.

Last month, several notable mall brands announced campaigns to further decrease their footprints, including the troubled JCPenney (18 more planned department store closures) and Gap (around 230 stores to close over the next few years). Also, L Brands’ Victoria’s Secret announced it was planning to shutter 53 of its North America stores this year; it’s a brand Clancy said seems to “always have great sales per foot … [but] now, they’re talking about [shutting down many locations].”

Clancy said it’s when the small- to mid-sized retailers like Victoria’s Secret, that haven’t really headlined as being the most affected by brick-and-mortar woes, begin to struggle that might play a prominent role many might not anticipate.

One such example is Payless ShoeSource, which will close a whopping 2,300 stores in 2019. “A whiff of that [unknown] would get people thinking, ‘wow,’ ” Clancy said. “If something happens and, say, Best Buy announced it’s bringing in a restructuring group, we would see a real gapping out of spreads at that point.”

Fitch Ratings managing director Mary McNeill said the rating agency “monitors sales trends to see whether an anchor is performing in line with its national average.”

“There have been plenty of closures, bankruptcies and downsizing of particular footprints,” she added. “Even anchors don’t want a big footprint, and when your anchors go, there are going to be issues. With retail, when it goes bad, it goes bad quickly.”

McNeill said oftentimes Fitch applies alternative loss scenarios to assets in tertiary markets or in areas where there’s an oversaturation of retail assets, in advance of the possibility the loan isn’t extended or can’t nab a refinance, which is a growing concern and improbability in the current market.

“Some loans may get extensions when it hits their [10 year maturity], but we’re applying 50 to maybe even 100 percent in losses in some cases,” McNeill said. “We’ve put negative outlooks on many bonds. Defaults are still low right now just because we’re currently in a benign environment. But in the past, losses on retail have been high on malls.”

And as the losses pile and retailers go, so goes the asset, creating a slow and steady snowball effect. “When you have a dead mall it’s harder for new tenants to want to come in,” McNeill said.

Where there’s poor performance, there’s default. And while retail defaults were down significantly in 2018, it still accounted for 40 percent of total loan defaults on the year, according to a 2018 loan default study from Fitch.

For the shorts, patience is key, and the backdrop is growing more and more attractive as e-commerce’s takeover continues.

One thing’s clear: don’t try to tell a long or a short it is fumbling an investment.

“It doesn’t seem to be nearing an end,” Clancy said. “People are riveted by the segment and are much more passionate about their defense of the bet than two years ago.”