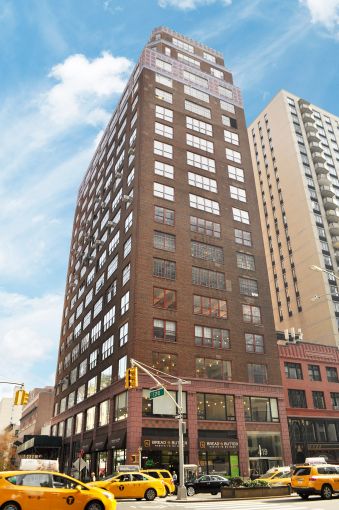 Coworking giant WeWork inked another big lease in Manhattan this week, taking 67,858 square feet in a Midtown building that competitor Knotel has a presence in, Commercial Observer has learned.

WeWork signed a lease with Walter & Samuels for five full-floors at 419 Park Avenue South between East 28th and East 29th Street, according to the landlord. A spokeswoman for the landlord declined to provide the terms of the deal, but CoStar Group data lists average asking rents in the building as between $49 to $59 per square feet.

Under the deal, WeWork will install signage on the front of the 20-story building—which serves as Walter & Samuels headquarters—and have a separate entrance at the property’s lobby on East 29th Street, according to the landlord.

“We have worked closely with WeWork to place them in six of our buildings over four years, but putting them in our headquarters with a private entrance and numerous improvements shows how much we believe in the company’s model,” Peter Weiss, a senior managing director at Walter & Samuels, said in a statement.

Walter & Samuels and WeWork had no brokers in the deal, a spokeswoman for the landlord said.

WeWork’s lease at 419 Park Avenue South puts it in the same building as flexible workspace provider Knotel, which has a 9,000 square foot outpost in the building since 2017 when it took over coworking company Grind’s spot, as CO previously reported.

The deal at 419 Park Avenue South is the second large lease WeWork—which recently announced plans for a potential public offering—signed this week. The coworking company also took 55,000 square feet at 30 Wall Street for its single-tenant division, Headquarters by WeWork.