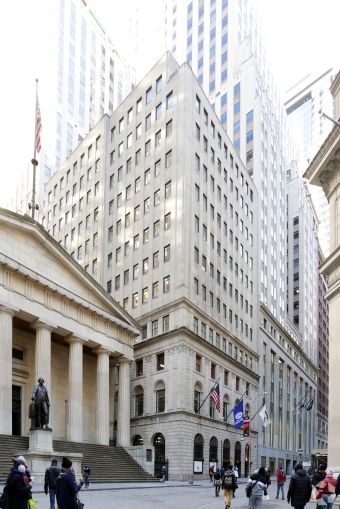 Coworking giant WeWork will open a 55,000-square-foot outpost in the Financial District.

WeWork signed a 15-year lease for five full floors in Atlantic 30 Wall’s 30 Wall Street between Nassau and William Streets, according to Wharton Property Advisors’ Ruth Colp-Haber, who repped both sides in the deal. Asking rent was $52 per square foot.

This will be the 40th location for WeWork’s single-tenant division, Headquarters by WeWork, which subleases offices to midsized businesses, a WeWork spokesman said.

“The signing of 30 Wall Street, our latest location for headquarters by WeWork, will add to our presence in FiDi where we are seeing incredible demand from companies of all shapes and sizes wanting to be a part of our community,” Granit Gjonbalaj, WeWork’s chief real estate development officer, said in a statement.

WeWork—which recently announced plans for a potential public offering—plans to open the space that will span the second to sixth floors and the 11th floor in the summer, according to Colp-Haber.

“The interior of the floors WeWork is taking at 30 Wall are being totally rebuilt and rewired in a gut rehab, thus resetting one of New York’s oldest buildings to meet the needs of the new 21st-century digital economy,” Colp-Haber said in a statement. “Who better to have as the key tenant but WeWork, which is leading the charge in bringing new ways of working to the world.”