Power Landlords: The Guys Who’ve Got the Biggest Portfolios in New York 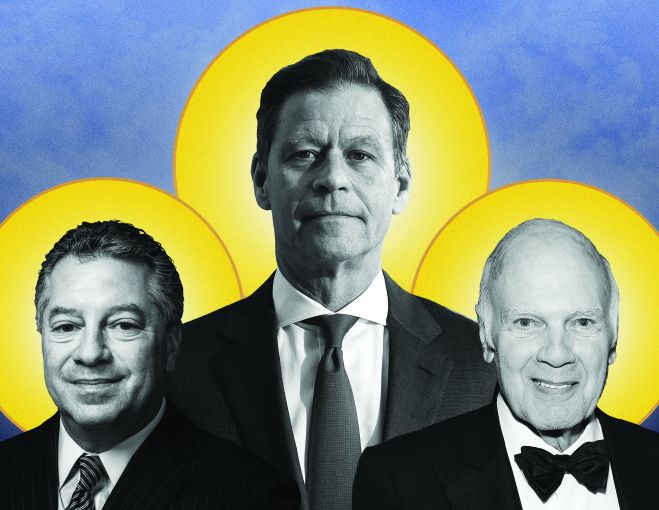 Don't be intimidated by the size of their portfolios (from left: Marc Holliday, Ric Clark and Steven Roth). Photo Illustration by Kaitlyn Flannagan

Brookfield Asset Management was able to see the forest for the trees.

SEE ALSO: Power Counsel: The Legal Eagles Who Have All the Influence

According to a CoStar Group analysis on April 5, Brookfield has some 34.2 million square feet of space in New York.

This is just the latest city in which Brookfield reigns as the biggest owner of commercial real estate. Other cities include Los Angeles, Houston, London, Toronto, Calgary and Perth.

SL Green comes in second, per CoStar data. With all of its 28.6 million square feet in Manhattan, SL Green is the largest landlord in the borough. Andrew Mathias, the president of SL Green, said via a spokeswoman, “Over the course of our history, SL Green’s market penetration covers in excess of 25 percent of the Manhattan office inventory.” (Brookfield is second in Manhattan with 26.6 million square feet.) SL Green’s assets include the 1.5-million-square-foot Graybar Building at 420 Lexington Avenue and One Madison Avenue, the former Metropolitan Life Insurance Building (the under-construction One Vanderbilt—the 1.7-million-square-foot office development by Grand Central Terminal—wouldn’t be included in the CoStar count).

Fourth is Tishman Speyer with 15.5 million square feet, all of which is in Manhattan (making it No. 4 in Manhattan). Its assets include the 3.1-million-square-foot MetLife Building at 200 Park Avenue and Rockefeller Center, the 8.8-million-square-foot six square blocks between Fifth Avenue and Avenue of the Americas, from West 48th to West 51st Streets. Of the total, 8.2 million is office space, and the balance is retail.