Staten Island’s Empire Outlets Not Opening Until May, Developer Says 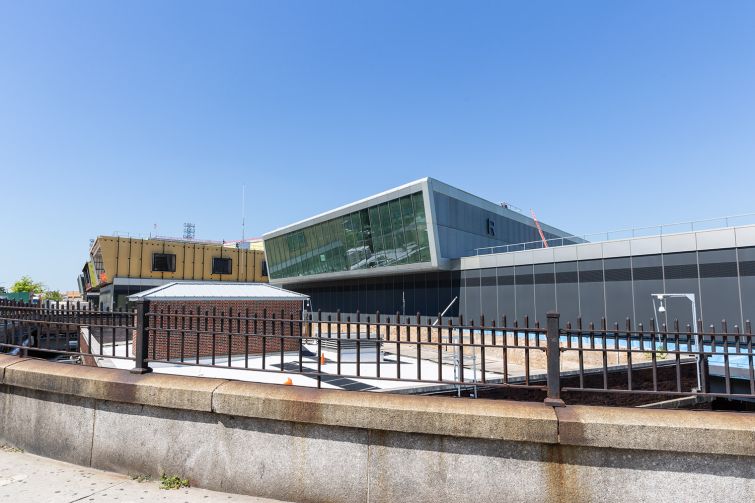 The glass wall of Nordstrom's second floor is one of the first spaces visitors will see when entering Empire Outlets. Photo: Melissa Goodwin/for Commercial Observer

The outlet mall that has been under construction on Staten Island’s waterfront since 2015, Empire Outlets, has had its opening delayed for a fifth time.

Developer BFC Partners pushed back the opening of the nearly 1.1-million-square-foot outdoor shopping center in St. George, Staten Island, to May 15 from April 18, the Staten Island Advance first reported.

A spokesman for the developer told Commercial Observer that the latest delay wasn’t caused by construction issues at the mall, but BFC wanted to give retailers enough time to finish out interior buildouts so more shops will be ready during the grand opening.

“Dozens of retailers will open their doors to shoppers alongside an exciting lineup of food options, dynamic installations and world-class public space that will activate the waterfront and offer incredible skyline views,” Joseph Ferrara, a principal at BFC Partners, said in a statement. “Everyone knows that the best things in life are worth the wait—and we’re ready to make Staten Island proud.”

The $350 million Empire Outlets, which will be the first outlet mall in the city, took over a former parking lot adjacent to the St. George Ferry Terminal to build 100 outlet stores, a 1,250-space parking garage and a hotel. Brands like Jockey, Brooks Brothers, Levi’s and Nordstrom Rack have already inked deals for space in the project along with eateries like Shake Shack, Artichoke Basille’s Pizza and the food hall MRKTPL.

It was set to be located next to the planned New York Wheel—aiming to be the largest Ferris wheel in the world—but New York Wheel LLC officially killed the 630-foot-tall attraction in October 2018.

Since Empire Outlets started construction four years ago, the opening date has been pushed back numerous times, which Ferrara previously told CO was caused by “unforeseen construction delays.” In February, BFC announced it would open the project in phases starting on April 18 and continuing throughout the summer, the Advance reported.

The BFC spokesman said the plan was to still continue the phased opening throughout the spring and summer, but it would start in May instead.