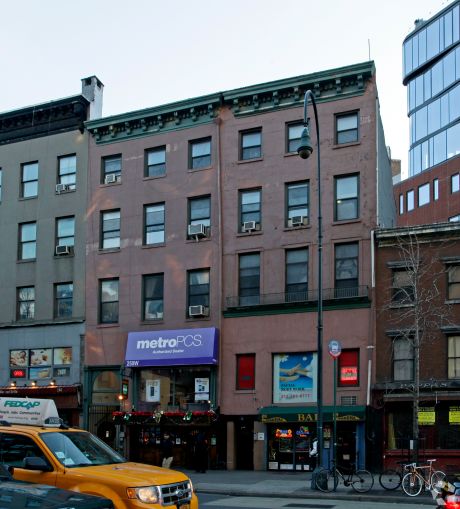 The people behind Psychic & Crystal Readings at 3 Horatio Street will be bringing their tarot cards to West 14th Street, Commercial Observer has learned, for their fourth location in the city.

Psychic & Crystal Readings signed a lease for 500 square feet on the second floor at 250 West 14th Street between Seventh and Eighth Avenues, taking space previously occupied by Metro PC, according to information from the lone broker in the deal, Alexander Bogod of Broadway Realty. The lease is for five years, with a taking rent of $96 per square foot. The opening date is slated for the end of March.

“The tenant has three stores in the city and is opening the fourth one to meet the demand for astrology and future predictions,” Bogod said via a spokeswoman. The store will have “psychic predictions and palm reading,” he noted.

The lease signing comes at a time when tarot-card readers appear to be vanishing, at least in terms of new storefronts, according to a 2016 story in CO. Meridian Capital Group retail broker James Famularo said at the time that as the readers’ leases expire, landlords look to replace them with other types of businesses.

The landlord, under the name 250 W14 LLC, acquired the five-story, eight-unit residential building for $10.6 million in 2007, per property records. Before signing the lease with the psychic, the landlord “inspected other premises of [their] astrology business,” Bogod said. “He put in strict requirements that they were not to live in the space and weren’t allowed to sit outside in chairs. This was acceptable to all parties.”