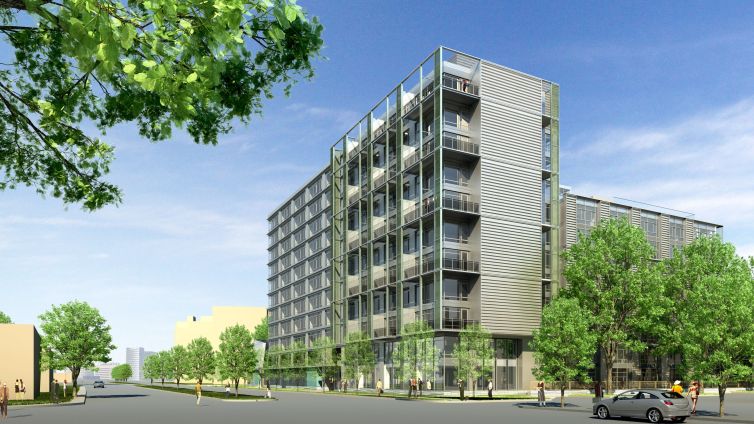 The 221-unit project sits at the corner of M Street Southwest and Delaware Avenue Southwest, close to the Wharf, the Navy Yard and Nationals Park stadium.

Valo Apartments boasts views of the D.C. skyline and the Potomac River and its amenities include a rooftop pool, a sundeck, a clubroom, a fitness center and a courtyard. Twenty three of the building’s units will be affordable, in accordance with the city’s inclusionary zoning program.

An active lender in the D.C.area, Mack provided a $160 million loan for the conversion of the former U.S. Coast Guard headquarters into River Point—a mixed-use waterfront project—in August 2018, as well as a $380 million construction loan for The Highlands, Penzance’s 1.2-million-square-foot mixed-use project in West Rosslyn in September 2018.

In New York, Mack Real Estate also teamed up with Meadow Partners to provide $125 million in financing for its mixed-use development at 1 Flatbush Avenue in Downtown Brooklyn (with Slate Property Group as co-developer) in August 2018.

Officials at Meadow Partners and Trammell Crow couldn’t immediately be reached for comment.