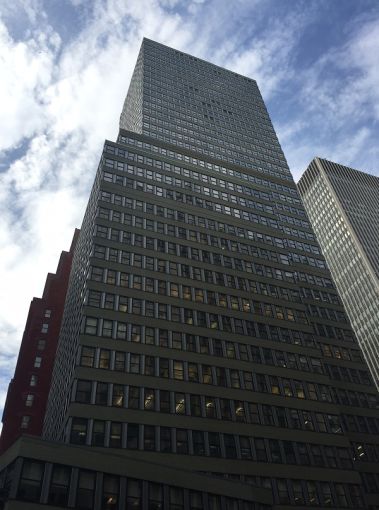 Knotel signed yet another deal for office space this year, this time for 28,405 square feet in a Midtown building, the company announced.

The flexible office space provider inked the space in Shorenstein Properties’ 1407 Broadway between West 38th and West 39th Street, spread out over several office suites, according to a Knotel spokeswoman, who declined to provide the terms of the deal, but CoStar Group data shows asking rents in the building ranges from $58 to $71 per square foot.

Shorenstein’s Bob Foreman represented the landlord in-house while Knotel had no brokers in the deal. A spokesman for Shorenstein did not immediately respond to a request for comment.

Knotel—which Cushman & Wakefield determined was the second-largest coworking company in Manhattan after WeWork—has started 2019 off on a strong note.

The company has already inked deals for about 625,000 square feet around Manhattan including 60,323 square feet at 61 Broadway, 35,292 square feet at 45 West 45th Street and 28,873 square feet in 211 East 43rd Street. (Disclosure: Observer Capital, led by Observer Media Chairman and Publisher Joseph Meyer, is a Knotel investor.)

“These transactions demonstrate how we have already helped more than fifty owners in New York City provide flexible office solutions to growing companies while reducing vacancy and adding value to their buildings,” Eugene Lee, the global head of real estate and business development for Knotel, said in a statement. “We expect to add many more locations this year.”