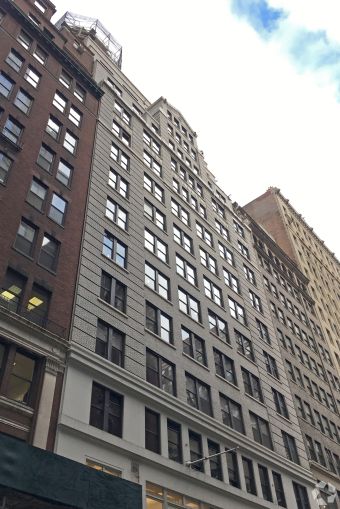 Knotel signed a 10-year lease for the entire third, sixth, seventh and eighth floors of the 16-story 45 West 45th Street between Fifth Avenue and Avenue of the Americas, according to a release from Vanbarton Group. A spokeswoman for the landlord did not provide asking rents in the deal, but Commercial Observer reported in 2016 they were in the $60s per square foot.

Ethan Silverstein and Greg Kuhlman of Cushman & Wakefield brokered the deal for the landlord while Newmark Knight Frank’s Jared Horowitz and Ben Shapiro handled it for Knotel. A spokesman for NKF did not respond to a request for comment and a spokeswoman for C&W did not immediately provide a comment.

Knotel—which a C&W report found was the coworking company with the second-largest footprint in Manhattan after WeWork—has had a busy January. Since the beginning of the year, the company says it leased nearly 136,000 square feet across five buildings in Manhattan.

Knotel will join Orangetheory Fitness and restaurant Valerie at the 135,000-square-foot 45 West 45th Street, which Vanbarton bought for $81 million in 2015. The company recently completed a $12 million makeover in the building.