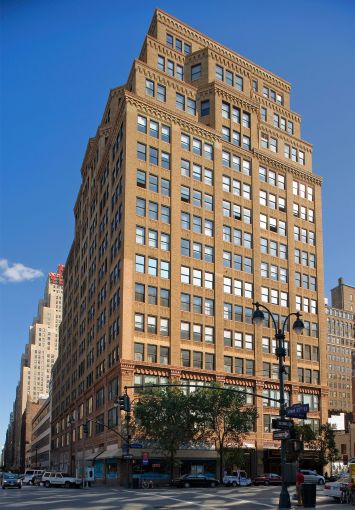 Japanese investor Unizo Holdings closed its sale of a Far West Side building to Taconic Investment Partners and TH Real Estate, as part of Unizo’s continued unloading of its more than $1 billion Manhattan portfolio, Commercial Observer has learned.

The partnership of Taconic and TH bought the 18-story 440 Ninth Avenue for $269 million this week from Unizo and plans to start a capital-improvement project to update the lobby, elevator and mechanical systems, according to a spokeswoman for Taconic.

“The area is a hotspot for mid-sized and supporting service businesses eager to be part of the undeniable excitement happening on the Far West Side,” Chris Balestra, the CIO of Taconic, said in a statement. “440 Ninth will serve as a compelling, competitive alternative for tenants seeking immediate proximity to the multi-billion-dollar Hudson Yards redevelopment, and the revitalized Penn Plaza subdistrict.”

The deal was financed with a $137 million mortgage from MetLife Real Estate Investors, the spokeswoman said. Terms of the loan were not immediately clear.

Darcy Stacom and Bill Shanahan of CBRE handled the sale for Unizo while the buyers had no brokers. CBRE’s Tom Traynor and James Millon secured the financing along with Evan Pariser and Michael Gigliotti of HFF.

A spokeswoman for CBRE did not immediately respond to a request for comment and Gigliotti declined to comment.

Tokyo-based Unizo, formerly known as Jowa Holdings, bought the 411,000-square-foot office and retail building between West 34th and West 35th Streets in 2013 for $211 million and it was the first building the investor picked up in Manhattan, according to property records.

Unizo eventually amassed more than $1 billion worth of property around the city, but started to ditch buildings earlier this year and the company put 440 Ninth Avenue up for sale in the summer, The Real Deal reported.

In September, Unizo agreed to sell 370 Lexington Avenue to Broad Street Development for nearly $190 million, for a roughly $57 million loss, and was in talks to sell 440 Ninth Avenue to Taconic and TH for $290 million, Real Estate Alert reported.

Crain’s New York Business reported the following month that Unizo was close to selling 321 West 44th Street to either Related Companies or East End Capital for around $150 million, at a roughly $15 million loss.