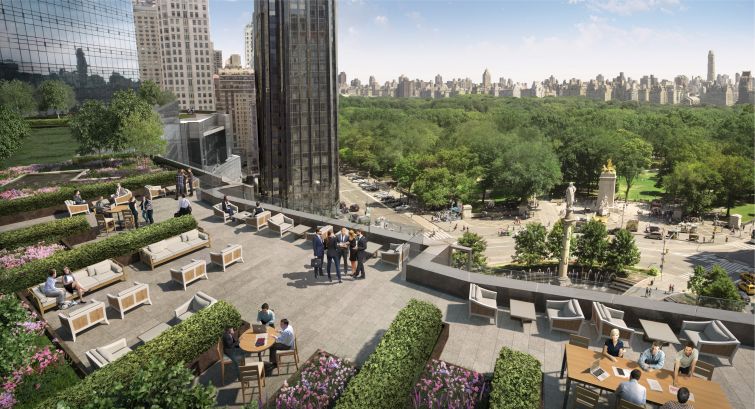 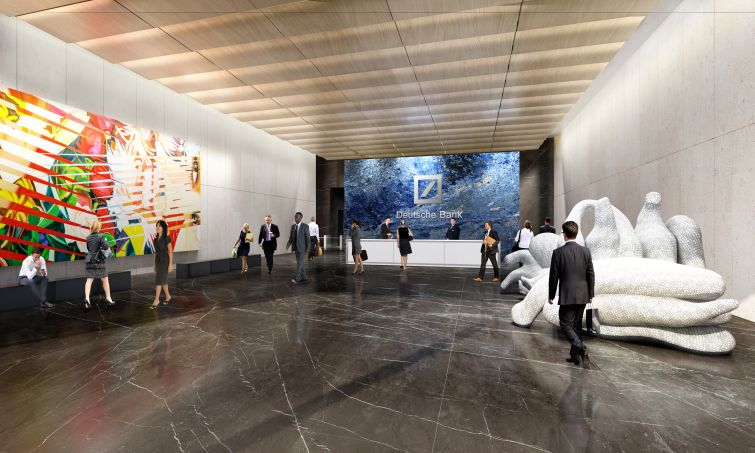 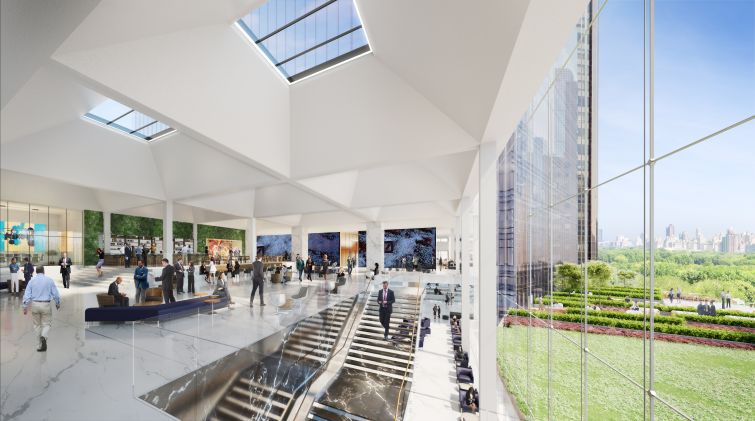 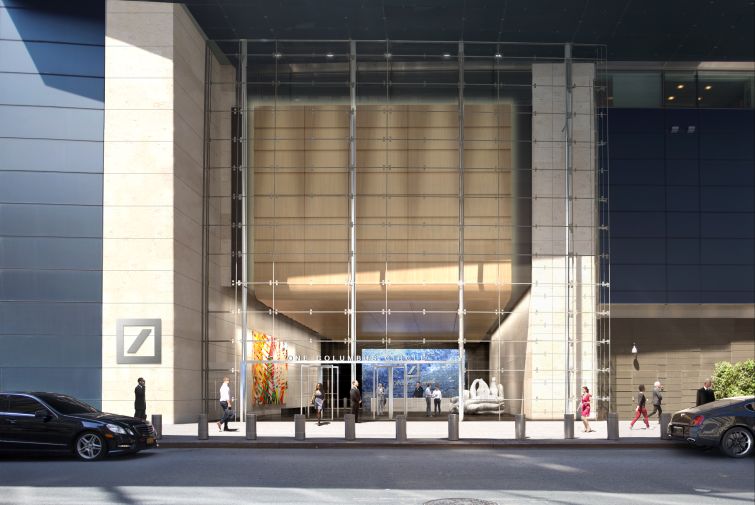 The exterior of the building. Rendering: Related Companies 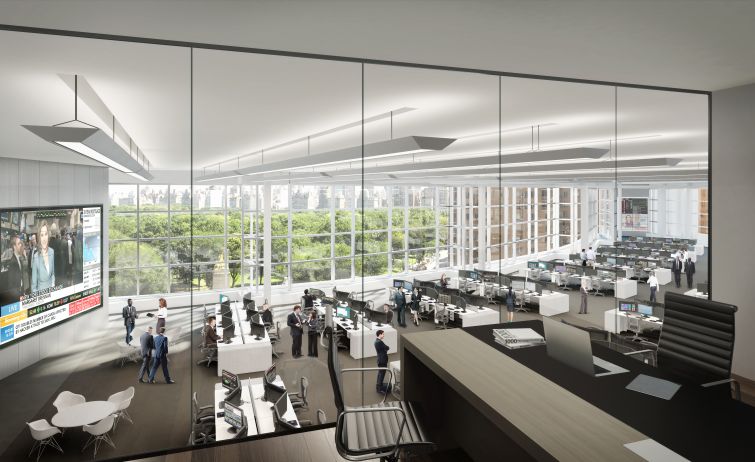 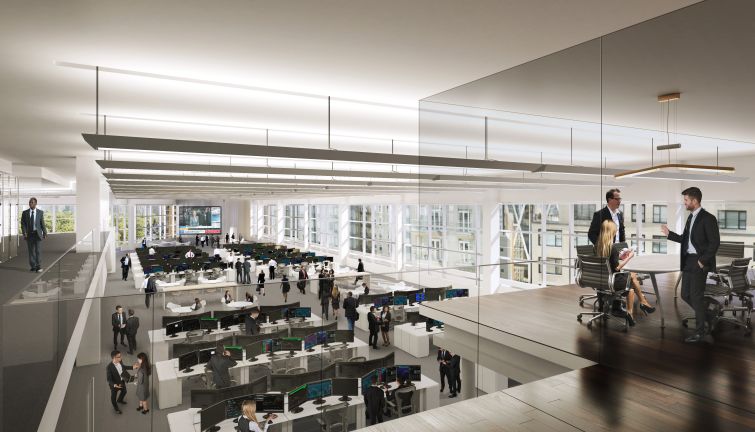 The bank plans to relocate its New York headquarters in the third quarter of 2021 from 60 Wall Street in Lower Manhattan to One Columbus Circle—the office section of the 80-story mixed-use, twin-tower development named after the cable giant Time Warner Cable. Terms of the new lease were not immediately clear.

Deutsche Bank’s move will cut the company’s of its footprint in the Big Apple by more than 30 percent, according to Bloomberg Business. It currently has 1.6 million square feet at 60 Wall Street between William and Pearl Streets. Deutsche Bank’s new CEO, Christian Sewing, is restructuring the investment bank and reducing its business in the U.S., according to Bloomberg.

“After a full evaluation of our real estate strategy, Deutsche Bank has decided to relocate its regional headquarters in New York,” a spokesman for the bank said in a prepared statement. “The relocation is an investment in our clients, in our employees and in our future long-term presence in the U.S.”

Related purchased the 1.1-million-square-foot office space at One Columbus Circle from Time Warner in $1.3 billion in 2014, as Commercial Observer previously reported. Then Time Warner leased back its space at One Columbus Circle until 2019, after which the cable and media company will move to more than 1 million square feet at Related and Oxford Properties Group’s 30 Hudson Yards.

Excited about the incoming tenant in Deutsche Bank, which will assume the Time Warner space at the Time Warner Center, Related CEO Jeff Blau called the area “a thriving mixed-use neighborhood and a world-class destination,” in prepared remarks.

The New York Post first reported that Deutsche Bank was considering a move to the Time Warner Center in January. JLL‘s Peter Riguardi and Ken Siegel brokered the deal for Deutsche Bank, while a separate JLL team of Frank Doyle and Clark Finney handled the transaction for the landlord.