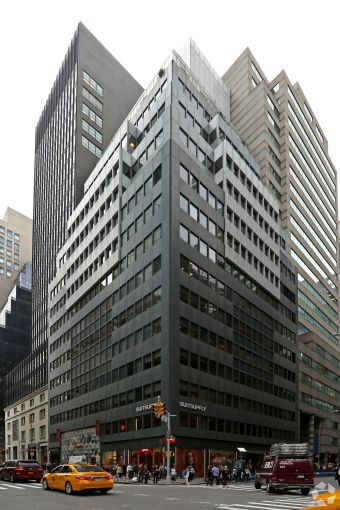 In July, , The Real Deal reported, L&L bought the fee interest on the building for $153 million from SL Green Realty Corp., which itself had just financed its stake in the property with a $64 million Wells Fargo loan. Ashkenazy Acquisition Corporation owns the building’s ground lease through 2048.

Built in 1957, the 19-story building comprises 177,000 square feet of office space, according to data from CoStar Group. Nearly all of the tenants in the Midtown tower, which stands between East 59th and East 60th Streets, are medical offices, but a few financial firms—such as Booth Capital and Essex Capital Partners—also have premises there.

The German bank, whose full name is Landesbank Hessen-Thuringen, has been on a New York City lending tear of late fueled mostly by multifamily refinancings. Earlier this week Commercial Observer reported that the bank lent $125 million to refinance a West End Avenue apartment tower, and prior deals this year have refreshed debt on a Park Slope apartment building and a giant residential tower on West 65th Street.

Helaba also closed another big deal with L&L just last month, when it contributed to a Bank of China-led $600 million refinancing for the landlord’s huge office building at 200 Fifth Avenue.

Representatives for the bank and for L&L did not immediately respond to inquiries.