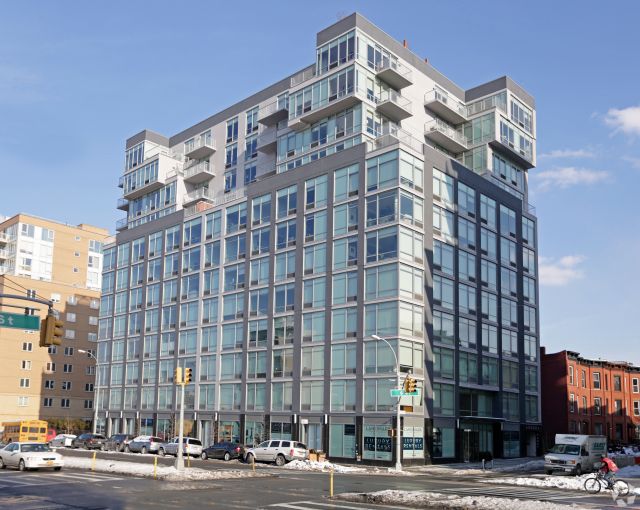 The Naftali Group has secured a $48 million refinancing for its Landmark Park Slope multifamily rental building, located at 267 Sixth Street in Park Slope, Brooklyn, according to property records. (An alternative address for the building is 363 Fourth Avenue.)

Naftali bought the building’s lot in early 2012 for $10.7 million and constructed a 104-unit, 12-story building at the site, completing it in 2013. According the building’s website, rents range from $2,245 for a studio to $3,600 for a two-bedroom apartment. The building includes a fitness center, a media lounge and roof deck with views of Manhattan. Its basement features a garage, and ground-floor retail space hosts an outpost of Gymboree, a children’s clothing store.

The housing stock in Park Slope, an old residential neighborhood featuring long blocks of brownstones, is welcoming several new entrants of late. The Daten Group is constructing a new 70-unit condominium building nearby at 575 Fourth Avenue, and Slate Property Group has been at work on its own 148-unit building just down the street at 535 Fourth Avenue.

Representatives for Naftali and Helaba did not immediately respond to inquiries about the deal.