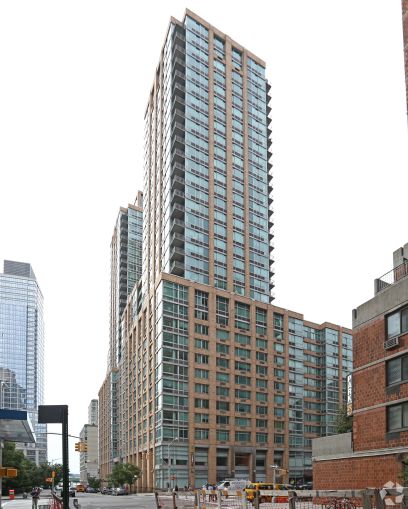 The Dermot Company and a Dutch pension fund have scored $260 million from Landesbank Hessen-Thuringen Girozentrale to refinance an Upper West Side rental apartment building the pair bought over the summer, according to property records.

The financing from the Frankfurt-based institution, which is also known as Helaba, will be secured by the borrowers’ stake in 101 West End Avenue, which Dermot and the Dutch fund bought in mid-September from Equity Residential for $416 million.

Nearly half the balance of the new loan, $122.3 million, will go towards paying off outstanding debt from the New York State Housing Finance Agency. Another $137.7 million in debt will head straight for the borrowers’ liabilities ledger.

Dermot’s ownership partner is the Dutch pension fund Stichting Pensioenfonds Zorg en Welzijn, known by the acronym PFZW. The second-largest retirement fund in the Netherlands, it manages nearly $200 billion in assets and has displayed a notable appetite for U.S. real estate and fixed-income investments since it decided to divest from hedge funds in 2015.

Equity Residential, the REIT founded by billionaire investor Sam Zell, acquired the 503-unit building in 2013 as part of its purchase of a majority of another REIT, Archstone-Smith. David Neithercut, an Equity Residential executive, said his company was shedding the building to reduce exposure to the Upper West Side’s residential market, according to The Real Deal.

Built with frontage along West 64th Street as well as West End Avenue, the sprawling 35-story apartment tower stands blocks from the Hudson River and from Lincoln Center, and directly across from a full-block park with a playground.

Commercial tenants on the building’s ground floor include a preschool, a parking garage, a grocery store and Congregation Habonim, a Jewish religious group.

A 675-square-foot one-bedroom apartment was rented last week for $3,200 per month, and someone leased a 1,100-square-foot two-bedroom unit at the beginning of October for $5,900, according to data from StreetEasy.

Helaba’s other big New York City multifamily refinancing this year came in April, when the German bank lent The Naftali Group $48 million to refresh the debt on its Park Slope rental building at 267 Sixth Street in Brooklyn.

Representatives from Dermot, PFZW and Hebala did not immediately respond to inquiries.