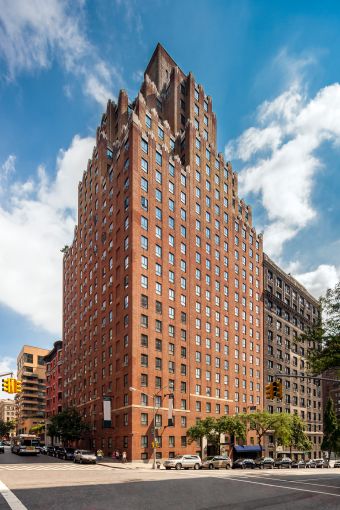 Helaba, a German bank behind a steady stream of major Manhattan financings of late, has come forward with $125 million in debt to refinance a prior mortgage on an Upper West Side apartment building, Commercial Observer can exclusively report.

The 24-story Art-Deco building, designed by architect Samuel Gross, went up in 1931 as the Hotel Paris, before a conversion to its current multifamily specifications, with 168 units, in 1978. After the building traded hands for just $72.4 million at the market’s trough in 2010, it flipped for a 70 percent return just three years later when Crescent Heights acquired the Paris for $123 million. Stellar, led by Laurence Gluck, shelled out $150 million to land the property in 2015.

“Refinancing The Paris represents [our] dedication to quality and excellence throughout our portfolio,” Matthew Lembo, Stellar’s CIO, said in a statement. “We’re especially excited to have closed another successful financing with Helaba bank.”

“Following our recent closing of the 50 West 97th Street loan, we are pleased to have successfully executed the refinancing for this premier residential building,” Andrew Hastings, vice president at Helaba, said in prepared remarks.

The bank has also been on a tear, pairing up with other Big Apple residential sponsors. Two months ago, it lent $260 million to The Dermot Company on 101 West End Avenue, and in the spring, it delivered $48 million in debt to The Naftali Group on a Park Slope rental building on Brooklyn’s 6th Street.

Cushman & Wakefield‘s debt practice brokered the Helaba financing on The Paris. A spokeswoman for the company did not immediately respond to an inquiry.

In addition to some apartments with Hudson River views, building denizens at 752 West End get access to a fitness center, a childrens’ room and a rooftop terrace. Renovations are underway on the Paris’ pool, which, when finished early next year, will be operated by Imagine Swimming, a swim school that already has 14 Big Apple locations.