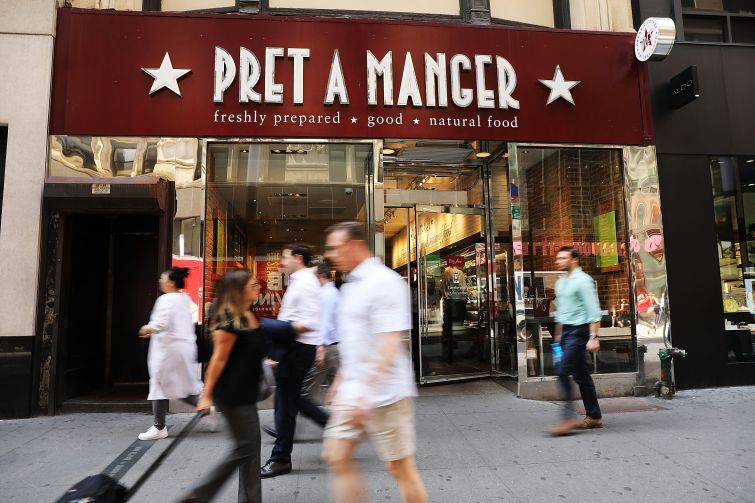 A number of the city’s—and country’s—quick-service restaurants are closing faster than you can pay for your chicken, bacon and ranch wrap.

“After opening a record number of shops in the U.S. last year, we’ve had a good look at the real estate and felt it necessary to close three New York locations whose rents made them unlikely to be profitable—125 Chambers Street, 437 Fifth Avenue and 38 West 48th Street,” she emailed CO. Pret only opened, via a 10-year deal, at 125 Chambers Street, home to Cosmopolitan Hotel—Tribeca, in early 2016, as CO reported at the time.

The Pret spokeswoman noted that in the fall, the company will open another New York City location, bringing the U.S. store count to 92. Jo Brett, the U.S. president at Pret A Manger, said the new location will be on the Upper East Side, and there are no plans to close any more shops.

Other such closures include Panera Bread at 304 Park Avenue South at East 23rd Street on May 29 and Maison Kayser earlier this month at 326 Bleecker Street, as CO previously reported.

“With a company like Panera… it was an error in judgment trying to penetrate New York City,” said Jeffrey Roseman, a founding partner of Newmark Knight Frank‘s retail division. “With all the amazing pastries, soups and sandwiches available in New York City, why on earth would anyone go to a Panera?” Roseman represented SL Green Realty Corp. in the 2013 Panera deal on Park Avenue South.

On a national level, Starbucks announced last Tuesday that it would be closing 150 underperforming stores nationwide. The coffee behemoth said in a press release that it was “increasing the closure of underperforming company-operated stores in its most densely penetrated markets to approximately 150 in FY19 from a historical average of up to 50 annually. In FY19, this will result in a slightly lower growth rate in net new company-operated stores.”

And Chipotle Mexican Grill said this Wednesday that it would shut up to 65 outposts in the U.S. for the same reasons, as part of a restructuring under a new CEO.

“The city is over QSR’d!” said John Brod, a partner of ABS Partners Real Estate. “Starbucks’ initial strategy was to cluster multiple locations close to one another; however times have changed, landlords have raised rents, increased competition in the coffee sector and so as certain leases come to lease expiration, it’s an opportune time to trim the fat and adjust the real estate based on sales per square foot and overall performance.”

Roseman’s explanation for the closures by Starbucks and Chipotle is that “it’s merely to get leaner and meaner. When you are their size, not every store you have performs where you had hoped it would, so you are trimming the fat to increase the stores around it.”

Similarly, Starbucks’ New York City broker, David Firestein of SCG Retail, said of the QSR closings: “The costs to operate in New York City, especially rent and labor, are high in an extremely competitive market. Even the best food operators are looking to thin the herd, while at the same time exploring new opportunities. For some of the smaller players, it is more a fight to survive.”

For one broker the closures boil down to consumers seeking better experiences when dining out.

James Famularo, who starts next month as the president of leasing at Meridian Capital Group, said: “People are getting more sophisticated. Nobody needs to settle for crappy food or poor service anymore.”