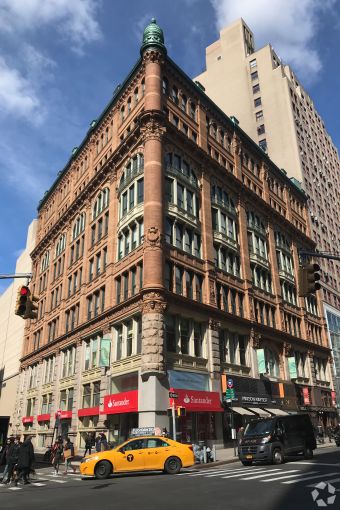 Accounting giant EY has signed a deal to renew and double its space at Feil Organization’s 841 Broadway, also known as The Roosevelt Building, Commercial Observer has learned.

The firm renewed its lease for its 13,164-square-foot offices on the entire top floor of the eight-story building, which is located at the corner of East 13th Street and Broadway in Union Square. And EY will add the entire 13,775-square-foot fifth floor, bringing its total footprint at the property to 26,919 square feet, according to information provided by the landlord.

Asking rents in the building are in the high $70s per square foot. The landlord declined to disclose the length of the transaction.

“For them, being in Union Square was important and there isn’t a lot [of office space] available in that neck of the woods,” Robert Fisher of Feil Organization, who handled the deal in-house for the landlord, told CO about the transaction.

EY has been on a leasing spree recently. The company signed a 27,000-square-foot direct lease with landlord Columbia Property Trust at 218 West 18th Street after it had a sublease in the building, as CO previously reported in April.

And last November, the accounting firm signed a 600,000-square-foot lease at Brookfield Property Partners’ 1 Manhattan West. It augmented its lease there to 675,000 square feet this January.