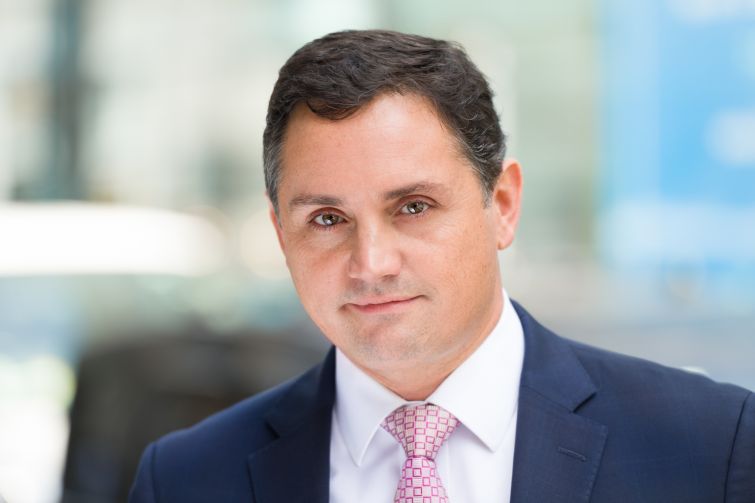 “I’m excited to join Ripco,” Bailey, 46, told CO. “I think it’s a growing platform with a real team culture.” Plus, he said, “Ripco has a stronger presence in the boroughs, which is where the foundation of my business is.” That is exemplified by the fact that Ripco opened the Brooklyn office toward the end of last year.

Bailey, who primarily specializes in landlord representation, was at SCG since November 2013 working out of the Manhattan office, where he led the leasing team at Tangram, the 1.2-million-square-foot mixed-use development under construction in Flushing, Queens including bringing in CJ CGV, a South Korean cinema chain, as CO previously reported. (The 4D multiplex, he noted will likely open in fourth-quarter 2019.)

Other deals include representing landlord LIVWRK at 160 Van Brunt Street in Red Hook in leases with Starbucks and the new Princi commissary and working on behalf of BFC Partners in a lease with eatery Metro Feast at 292 Atlantic Avenue in Cobble Hill. As a managing director, Bailey is currently leading Ripco’s leasing efforts for the entire Manhattan building at 175 Spring Street in Soho.

David Firestein, the managing partner of the New York City office, said of Bailey’s departure: “Geoff has great knowledge of Brooklyn and will be an asset to the Ripco team. We wish him luck.”

After graduating from Loyola University Maryland in 1994, Bailey started in the retail and restaurant point-of-sale business. He then founded a management consultant firm with two partners, focusing on marketing process optimization. He worked in investment sales at Massey Knakal Realty Services (which Cushman & Wakefield purchased) from 2006 to 2009, when he discovered the lack of retail in the area. So he he left for Brooklyn-focused TerraCRG, and built that firm’s retail business, before leaving for SCG Retail, which offered a “bigger platform with greater national exposure.” He added: “It really had an expertise in retail I thought I’d benefit from.”

“Geoff is a key hire for us, especially given his experience and longstanding relationships with landlords and tenants in the outer boroughs,” Mark Kaplan, the COO and principal at Ripco, said in a statement. “We look forward to him achieving great success and playing a vital role in further increasing Ripco’s presence in Brooklyn and Queens.”

This is just one of a number of key hires by Ripco this year. The firm nabbed Beth Rosen and Emily Simmonds from RKF in April and Eric Fisher from Walker, Malloy & Company in February, both which CO reported at the time.