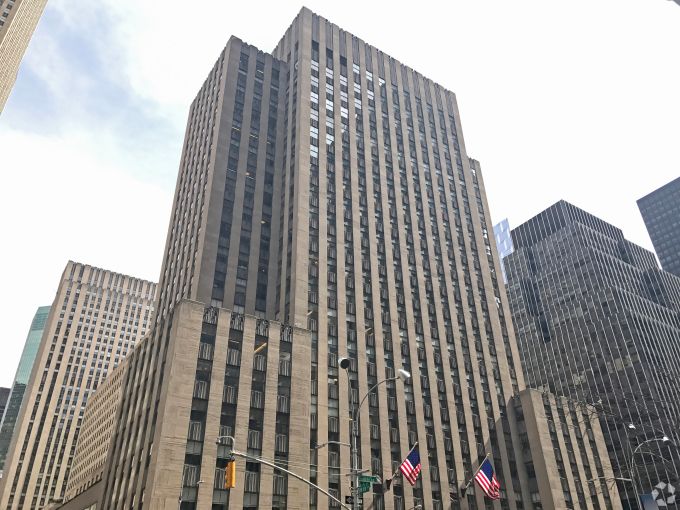 First Republic Bank has completed deals to renew and nearly double its space in Rockefeller Center to 280,000 square feet across two buildings, a source with knowledge of the transactions confirmed to Commercial Observer.

The bank signed a renewal to remain in its current offices at 1230 Avenue of the Americas—also known as the Simon & Schuster Building—where it has 150,000 square feet across the second, third and seventh floors. And First Republic is expanding to take 30,000 square feet on the eighth floor of the 21-story Art Deco building between West 48th and West 49th Streets, which Tishman Speyer owns.

In addition, the financial institution inked a new 100,000-square-foot lease at the adjacent 10 Rockefeller Plaza to occupy the third and fourth floors. (That building is also owned by Tishman Speyer.)

JLL’s Frank Doyle, David Kleiner and Betsy Buckley handled the transactions for the bank, while Tishman Speyer had an in-house team that worked on the deals.

It is not immediately clear why the 33-year old San Francisco-based bank, which has offices around the country, is expanding its presence in New York. A First Republic spokesman declined to comment on the transactions.

And the terms of the leases were not clear as spokespersons for Tishman Speyer and JLL declined to provide information or a statement. The New York Post was first to report about the deals.

Tishman purchased Rockefeller Center—10 buildings on 22 acres of land—from billionaire Lester Crown’s family in 2000 for $1.85 billion, according to The New York Times.

At 1230 Avenue of the Americas, publisher Simon & Schuster recently renewed its roughly 300,000-square-foot lease, as CO reported in January. Other tenants at the building are arts school Christie’s Education and brokerage Maxwell Jacobs.