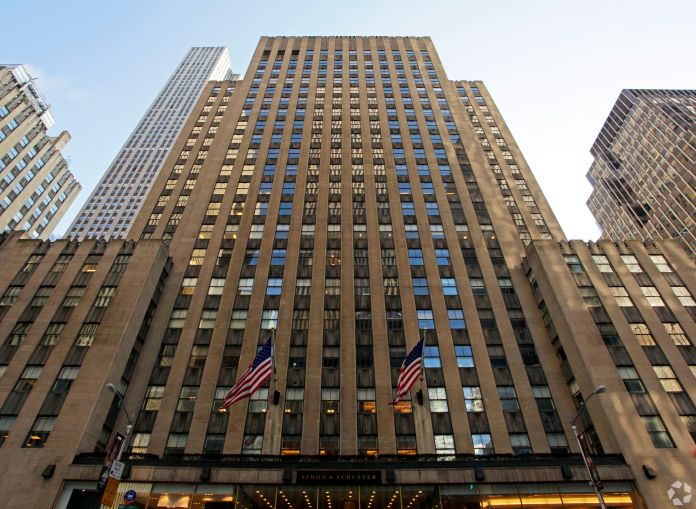 Publisher Simon & Schuster has decided to renew its lease in the Rockefeller Center building that bears its name.

The 94-year-old company will continue to occupy 300,150 square feet in Tishman Speyer Properties’ 1230 Avenue of the Americas, a 21-story, Art Deco office building between West 48th and West 49th Streets, according to The New York Post. S&S will remain on the fourth, ninth through 14th, and 17th floors of the 763,000-square-foot commercial property. Its new lease will begin in the fall of 2019, and asking rents in the deal were not disclosed.

Spokeswomen for CBRE didn’t immediately return a request for comment, and Tishman’s spokesman declined to comment on the lease.

The publisher, which is a CBS subsidiary, first moved into the John Rockefeller-developed building in 1976, during a period when some major companies had begun to flee a cash-strapped New York City. In reporting on the lease, The New York Times noted that the building’s previous anchor tenant, rubber manufacturer Uniroyal, had moved its headquarters to Middlebury, Conn. in 1974. Similarly, publisher Time-Life Books had just decamped the Time & Life Building, at 1271 Avenue of the Americas, for new offices in Washington, D.C.

Simon & Schuster originally leased 115,000 square feet for 18 years in the 1939 property, in a move that consolidated its editorial, billing, accounting and production offices from two locations into one, the Times reported in July 1976. After the company considered moving its business divisions to New Jersey or Pennsylvania, then-landlord Rockefeller Center Inc. offered to rename the property the “Simon & Schuster Building,” which likely helped seal the publisher’s decision to keep all of its employees in the city.

The company’s then-president, Richard Snyder, told the Times, “Life is far from perfect in New York but for a publisher it is the best place to be.”