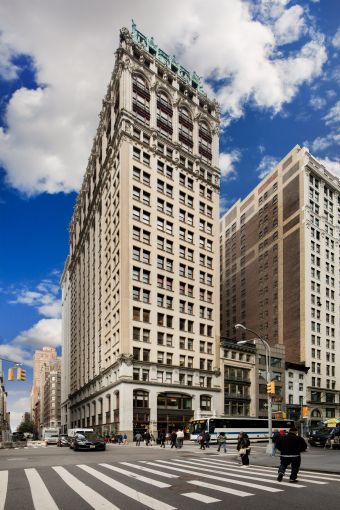 Riskified's New York offices are located in 220 Fifth Avenue. It's headquarters is in Tel Aviv, however. Photo: Stellar Management

Riskified, a tech company that makes e-commerce fraud prevention tools, has sealed a deal for offices at Stellar Management and Imperium Capital’s 220 Fifth Avenue in NoMad, Commercial Observer has learned.

The startup inked a 10-year lease for 27,000 square feet in the building between West 26th and West 27th Streets, across from Madison Square Park, according to the landlords. The Tel Aviv-based firm moved into a temporary prebuilt space on the 13th floor last month, but it has now leased the entire second, 15th and 16th floors for its long-term home.

Adam Roman, a principal at Stellar Management, said in a statement that the lease was “another example of the technology boom” in the Flatiron District and NoMad. Tech tenants that have inked deals in the neighborhood recently include household services booking platform Handy Technologies, financial tech firm TruEX and digital health care recruiting provider Trialspark.

Stellar and Imperium purchased a leasehold interest for the property a year ago from Dino & Sons Realty Corp. in a deal valued around $120 million, according to The Real Deal. The developers are currently revamping the 106-year-old, landmarked structure from the ground up, renovating the lobby and upgrading building systems.