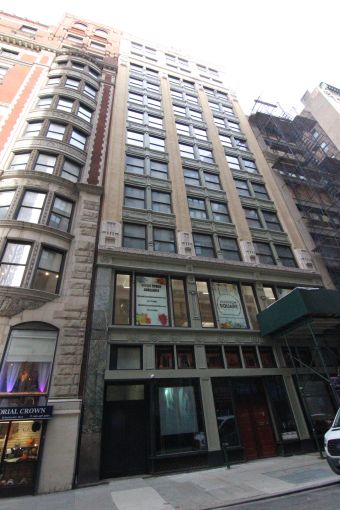 The company, which provides digital recruitment services for medical institutions that require patients for clinical studies of new drugs, will occupy the entire fourth floor of the 12-story building between Broadway and Avenue of the Americas. The asking rent in the five-year deal was $65 per square foot, according to information provided by Kaufman.

“Trialspark was attracted to [45 West 27th Street] because Kaufman offers a unique design-build program that allows the tenant to build out their ideal workspace in a loft-style space boasting the tech-friendly amenities tenants of this caliber desire,” Kaufman’s Michael Heaner, who represented the landlord in-house on the deal with colleagues Grant Greenspan and Elliot Warren, said in a statement.

It was not immediately clear where Trialspark is relocating from in the city, but it plans to relocate to 45 West 27th Street in the coming weeks.

“Trialspark is a tech company with a high level of sophistication and 45 West 27th Street has a very creative feel but also as the infrastructure that they needed,” said Elie Reiss of Skylight Leasing, who brokered the deal for Trialspark.

Kaufman acquired a 99-year leasehold for the 68,873-square-foot 45 West 27th Street in 2014. New Jersey-based Edison Properties owns the land. In April, a trio of technology, advertising, media and information or TAMI tenants, Cuebiq, Frame.io and Market Factory, signed leases at the building, as CO reported at the time.