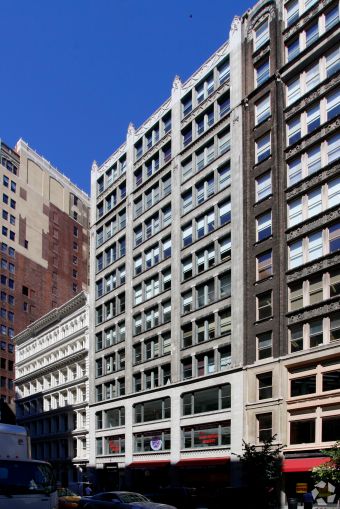 Handy Technologies, which provides a platform for booking household services, has signed a 16,909-square-foot deal at 53 West 23rd Street but the startup may not be there for long, Commercial Observer has learned.

Handy is frustrated at the State of New York and is considering leaving, according to a source with intimate knowledge of Handy’s operations who declined to elaborate further on what exact issues were at hand.

“In light of recent developments with New York State, we have asked our lawyers to review our options for terminating the lease early,” the source said. “Handy has always loved New York, and would love nothing more than staying here, but the state is making that difficult. Accordingly we have begun conversations with neighboring states.”

For now the company will continue to occupy the entire third floor of the 12-story, 230,000-square-foot building between Fifth Avenue and Avenue of the Americas. The deal is direct with the landlord.

Previously Handy subleased the space from Saks Fifth Avenue, according to a spokeswoman for the landlord’s broker Adams & Co. The asking rent in the three-year deal was $70 per square foot.

Individuals can use Handy’s application to find services such as home cleaning, furniture assembly, painting, device installation, electricians and help with moving.

Handy operates around the country and in Canada and the United Kingdom, the company’s website indicates. It was founded in 2012, and has raised at least $110.7 million, according to Crunchbase.

“53 West 23rd Street provides capabilities for a company like Handy to continue to thrive, thanks in part to the availability of multiple fiber optic providers,” Adams & Co.’s James Buslik, who represented landlord Twenty Three R.P. Associates, said in a prepared statement. “The $3 million renovation in 2016 allowed us to introduce a space with the high-end office features that startup firms crave.”

Newmark Knight Frank handled the deal for Handy. It wasn’t immediately clear which broker negotiated the transaction. Spokespeople for the brokerage and Handy didn’t immediately return requests for comment about the deal.