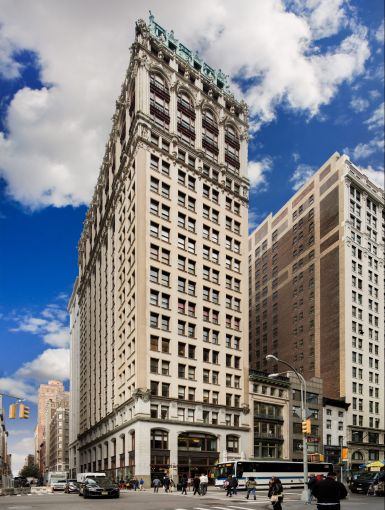 Artisan signed a 10-year lease today for the entire fifth floor at the 20-story, 167,000-square-foot building at the northwest corner of Fifth Avenue and West 26th Street, according to sources with knowledge of the transaction. The Milwaukee-based firm is expected to begin occupying the space this coming spring while keeping its existing New York City offices at RXR Realty’s 1330 Avenue of the Americas, sources said.

Asking rent in the deal was not immediately clear. A Newmark Knight Frank team of Brian Waterman, Andrew Peretz, David Malawer and Brent Ozarowski represented the landlord, while Eric Deutsch of CBRE represented the tenant.

Matthew Lembo, a principal and chief investment officer at Stellar, said in a statement that the transaction “is a testament to the leasing activity we’ve experienced” in the Midtown South market—including a recent 7,300-square-foot deal with Australian yoga studio Humming Puppy at 119 West 23rd Street, as CO first reported last week.

Representatives for NKF and CBRE did not immediately provide comment.

Artisan Partners has more than $115 billion in assets under management, according to its website. In addition to its presence in New York and its Milwaukee headquarters, the firm has U.S. offices in Chicago, San Francisco, Atlanta and Kansas City, as well as international offices in London and Sydney.