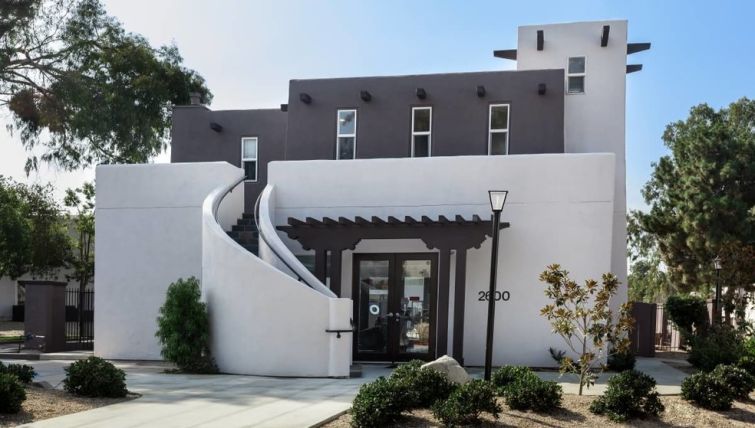 Palo Alto, Calif.-based Pacific Urban Residential has secured $125 million in mortgages to acquire a portfolio of four California residential developments, according to an announcement from the lender, Mesa West.

The five-year floating-rate loans will finance a pair of properties in Alameda and Hayward in the San Francisco Bay Area, as well as two complexes in the suburban sprawl that connects Los Angeles and San Diego along Interstate 5.

The loans on the Bay Area properties amounted to about 80 percent of the underlying asset value, according to Mesa West, with the deals south of Los Angeles slightly less leveraged. Renovations meant to add value to the properties could bring down that ratio, according to Brandon Bachner, a Mesa West vice president.

In adding the portfolio, the borrower’s strategy was “pretty uniform across all four properties,” Bachner said. “There’s a heavy focus on management and operations, and exterior and common areas.”

The Alameda entry, Atlantic Apartments, is the deal’s largest property, comprising 186 units split among a handful of three-story buildings. Its location, on an island that juts into the San Francisco Bay, offers bus and ferry commutes into Oakland and San Francisco. The other Northern California property, a 116-apartment complex several miles to the southeast in Hayward, may cater more towards residents who work in Silicon Valley or San Jose.

The Southern California properties—the Villas at Carlsbad and the Vista del Rey in Tustin—are located in the suburbs of Irvine and San Diego, respectively.

All in all, the properties are approximately 95 percent leased.

The strained state of the California multifamily housing stock piqued Mesa West’s interest in the development, its vice president explained.

“I would say [multifamily is] underbuilt,” Bachner said. “We like multifamily because of the risk-adjusted return it provides us.”

Compared with office assets, “with multifamily you’re playing more of a rent game, and from a debt perspective that feels like a good place to be these days,” he added.

Representatives for IPA Capital, which arranged the financing, were not immediately available to comment.

Commercial Real Estate Direct first reported that Pacific Urban was the buyer of the portfolio, which Mesa West declined to confirm. A representative for the property manager declined a request for an interview.