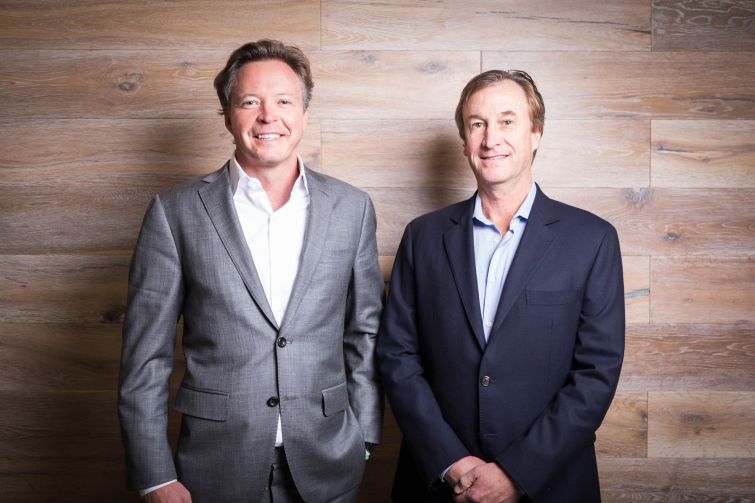 ACORE Capital just had the busiest quarter of its three-year history. The nonbank national lender has been closing deals from coast to coast and multiple places in between. In December 2017, those deals included an $80 million refinance of the tallest residential tower in Nashville, Tenn.; a $132 million construction loan for AMCAL Swenson’s The Graduate student housing property in San Jose, Calif.; and a $110 million refinance of Candlebrook Properties’ 251 DEKALB multifamily complex in King of Prussia, Pa. Two of ACORE’s four managing partners, Warren de Haan and Boyd Fellows, took a breather between deal-making to visit Commercial Observer’s offices and give their perspectives on what drove business in 2017 and what lies ahead in 2018.

Commercial Observer: How was 2017 for ACORE from a transaction volume perspective?

Boyd Fellows: One interesting thing about 2017 was the lack of transaction activity in the first quarter, which, in retrospect, there was good reason for. In my mind, it was a combination of two factors: the uncertainty post-election as people tried to assess what the real implications of [President Donald] Trump’s election would be and the bid-offer gap, which began in late 2016, where sellers were still expecting ever-higher prices for their properties and buyers were taking a pause to decide whether they were comfortable with those higher prices. As the election was digested, that gap closed, and the uncertainty around the election and around price then went away. In the fourth quarter of 2017, there was a lot of activity.

Warren de Haan: The broader investment sales market slowed down in the first two quarters. If new acquisitions are down then, by virtue of that, [financing] transaction volume is going to be low. Coming into the fourth quarter, we saw our pipeline volume start to increase as transaction volume picked up, especially with our core clients. That was coupled with our perception that we were getting very good risk-adjusted returns at different parts of the capital stack—we’re very active in deploying money in transactions that are high-quality deals. So the combination of [available] capital and increased transaction activity resulted in the best quarter so far in the life of ACORE.

Fellows: During the fourth quarter we signed up approximately 30 loans for over $2 billion. While it’s a lot of work, it’s also exciting as all of these loans are deepening our relationships with a broader array of clients.

Do you think the fears around the economy have dissipated?

De Haan: We’re in an interesting spot where we’ve seen the stock market increase—it’s been on a tear, an upward trajectory. A few things are driving that. Obviously, there’s an anticipation that tax reform is done in a positive way for the economy. Second, there’s an anticipation that there will be an infrastructure spend, and third, there are not a lot of places to put your money. So, I would have thought that would mean another push of optimism in commercial real estate. I would have thought transaction volumes would have gone up significantly and values would have followed. However, the vast majority of our clients who are asset allocators and investors in commercial real estate have a very measured view. They are being conservative and very thoughtful, and they’re not expecting big spikes like we see in the public equity markets.

Fellows: I think underlying that caution is rates. If rates rise, that will have a direct impact on the value of commercial real estate, as the cost of debt associated with real estate will  go up. It also theoretically means that cap rates widen, and you have that element combined with a pretty broad consensus that real estate is very fully valued. It wouldn’t take a big increase in rates to do some damage in the real estate space.

How much would rates have to rise to have an impact?

Fellows: If they rise 10 to 20 basis points, it won’t matter much. If they rise 100 basis points, it will matter quite a bit. So the real answer is somewhere in the middle—somewhere around 50 basis points we’re going to start to feel it. It’s late in the cycle, and nobody thinks rates are going down; they’re going up—it’s just a question of how much. As a result, a lot of real estate capital is going into the value-add space where you can create value in assets. And that is the space [ACORE is] entirely focused on. So, part of the story of why the value-add space is so active right now is that it’s hard for real estate capital to achieve return targets in other categories of real estate.

De Haan: One of the benefits of what is happening right now also is, if you take floating-rate financing, LIBOR is up fairly significantly but spreads have compressed. So the cost of borrowing is still very attractive. One thing we all have to look out for in 2018 is that a number of sellers have looked at the investment sales market to trade their assets but they aren’t getting the prices they want, so they’re looking to the debt markets to get as much leverage as they can to finance themselves out of their position.

De Haan: I’d say there is a healthy debate among lenders about the refinancing wave that we expect to see in 2018, but there are going to be a number of higher-leverage requests where borrowers or sponsors who were going to sell have now said, “You know what, the debt markets are hot. I should recapitalize and take as much money out as I possibly can.”

Was there such a thing as a typical transaction for ACORE in 2017?

De Haan: In 2017 we broadened the spectrum of ACORE’s lending capability. In the fourth quarter we were extremely effective at financing assets that had more cash flow and less transition but where the borrowers required a lower interest rate. We can lend on everything from strong cash-flowing, light-transitional assets all the way through to empty office buildings and ground-up construction. So our ability to service a client base—everywhere from the low-leverage stuff all the way through highly complex construction projects—is the take away for 2017.

During a recent CO panel, ACORE Managing Director Tony Fineman estimated that construction loans make up around 20 to 25 percent of your lending book. Do you expect that amount to increase or decrease in 2018?

De Haan: That’s on the higher side of what we do, but we think that construction lending for the right sponsor in the right location, and the right business plan represents incredibly good risk-adjusted returns. So we’re willing to do it, and we like to do it, but we’re very focused on what [a loan] means for our entire portfolio. We turn down a lot of loans, but when we find one that we believe in 100 percent and we can get paid for the risk, that’s when we step in.

With the increased competition for deals, how are you keeping your competitive edge?

De Haan: I think competition is healthy, and we have the highest degree of respect for all of our competitors. We know them very well, we’ve worked together over the past 25 years, and it’s very uncommon to see one of our competitors take abnormal risk from a credit perspective. From time to time, we see competitors—and they may see us—doing a deal that we really want to do that’s tighter than we would want to do it from a pricing perspective. But that doesn’t represent a lot of risk to the system. The risk to the system is lenders who are pushing the credit curve, but none of our competitors are right now, and borrowers are still borrowing conservatively.

So borrowers are playing a role in the market discipline?

Fellows: Our average loan-to-value is in the high 60s, and it’s not necessarily because we decide that—it’s the borrowers who decide how much leverage they want. So when we target high-quality business plans with well-capitalized opportunity funds they happen to not want much more leverage than that. It’s partially driven by the fact that it’s difficult to raise money for strategies that require more leverage because investors have said, “Hey, we’re not going to give you money to go borrow 80-plus percent and run the risk that it all blows up.” This is a fantastic fundamental environment for us.

The other side of this equation that I find fascinating—and it’s a stark contrast to the CMBS business—is that when we and most of our competitors make a loan we have to get our money back from that building and that borrower. We’re not selling the loan to get out of a problem; it’s our risk, our reputation, our track record, and it has to come back from that property. In the CMBS business, someone is making a CMBS loan and they know that 90 days later that loan is gone. However in the transitional CRE debt space most of our competitors are in the same position, so the way we compete is typically not with credit. There are other debt shops who focus on higher-leverage loans and there are borrowers who want higher leverage. It’s just not our focus.

In terms of the capital stack, where do you prefer to play?

De Haan: The best way to describe it is that we are the ideal lender for someone who wants a one-stop-shop solution that may or may not include a mezzanine tranche in the stack. Our average LTV is in the high 60s, but we do some 75s, 76s, 65s, 60s, and there may be some mezzanine embedded in that. We’re a one-stop-shop solution where a borrower says, “It’s a complicated business plan. I need to know that they will keep the loan and asset manage the loan as opposed to selling a bunch of pieces of the loan.” In certain circumstances we will sell a senior participation in the loan, but we still retain control of the loan.

Fellows: There is an oligopoly of five to 10 nonbank lenders. Now that Mesa West was acquired by Morgan Stanley, we are the only independent debt fund with a pure play in transitional real estate lending, and there are two dimensions to that. First, we’re not part of a giant organization, and that allows us to focus. Second, every other player in the market is aligned with, or part of, an equity shop. We’re just a lender, and that’s an advantage. Roughly 10 to 15 percent of our business comes from borrowers who say they’re not showing that deal to anyone who is part of an equity shop.

Anything you’re keeping a close eye on as we begin 2018?

De Haan: We are keeping our eyes on the hotel industry at this late part of the cycle. We are a big lender in hospitality, but we pick our spots. New supply is the thing that can really hurt you. There are markets that are oversupplied, and we’ll stay away from them in every asset class. We take a rifle-shot approach to the different markets and to the different assets. And while we may not love a particular market, that doesn’t mean that that we won’t finance the best building in that market, or a building at the right basis.

Are there any markets on your radar that you’d like to lend more in?

De Haan: I’d like to do more in Seattle and Portland. Portland demographically is one of the strongest markets in the country; it’s supply constrained, it has a good downtown, a low cost of living and a high level of in-migration of population between the ages of 25 and 35.