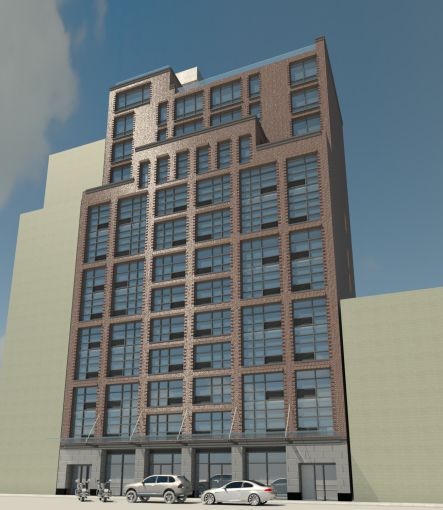 SMA Equities has scored a $39.5 million construction loan from Bank of the Ozarks for its 88-unit apartment building at 255 East Houston Street in the Lower East Side, Commercial Observer has learned.

Cooper-Horowitz Principal Richard Horowitz arranged the financing on behalf of the borrower, while Richard Smith and Sean Marino led the Bank of the Ozarks team.

The 14-story property will be located between Suffolk and Norfolk Streets and include 6,268 square feet of community facility space. Construction is expected to be completed within 24 months, sources said.

Earlier this year, SMA and Halpern Real Estate Ventures sold a 78-unit apartment building located just a few blocks away at 331 East Houston Street to Arkar for $61.5 million. SMA and Halpern purchased four parcels of land at the site for $12.4 million in 2012 and spent $40 million developing the property. Sovereign Bank provided a $26.1 million construction loan for the project, which was also negotiated by Cooper-Horowitz.

As one of New York City’s most active lenders, Bank of the Ozarks weighed in at ninth place in terms of 2017 commercial loan origination volume, according to a recent Credifi report.

And it’s not the first time that SMA Equities and the lender have transacted. Earlier this month, Square Mile Capital Management and Bank of the Ozarks provided a $118 million loan to SMA Equities and The Moinian Group for Renaissance Tower—a 1.7-million-square-foot office building in Downtown Dallas.

Officials at SMA Equities did not immediately respond to a request for comment. A spokeswoman for Bank of the Ozarks declined to comment, as did officials at Cooper-Horowitz.