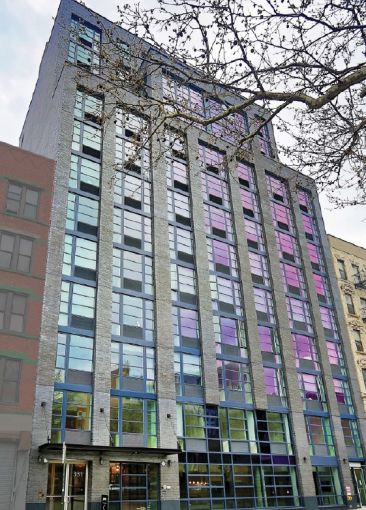 A partnership of Halpern Real Estate Ventures and SMA Equities has completed the $61.5 million sale of 331 East Houston Street to Arkar, Commercial Observer has learned.

The deal for the 78-unit Lower East Side building between Attorney and Ridge Streets closed last Friday, according to Marcus & Millichap. It has a mix of 80 market-rate units and 16  affordable apartments, having been constructed using the 421a tax abatement program. The 67,600-square-foot property, which debuted in March 2016, is called Jones l.e.s.

Halpern teamed up with SMA in 2012 to buy four parcels of land for $12.4 million and spent $40 million to develop 331 East Houston Street, according to The Real Deal, which reported when the deal went into contract in May.

The majority of the units in the 13-story building are studios and one-bedrooms. The apartments rent from $2,954 per month for a 450-square-foot studio to $6,277 a month for a 900-square-foot two-bedroom pad, according to StreetEasy. Building amenities include a roof deck, a fitness room, a garden and a resident’s lounge.

Arkar, which is owned by multifamily investor Gili Haberberg, purchased the property as part of a 1031 exchange, Von Der Ahe said.

“The buyer had sold an asset in the Bronx and this was a 1031 exchange,” the broker told CO. “And [Arkar] liked the quality of the building—the fact that it’s new construction.”