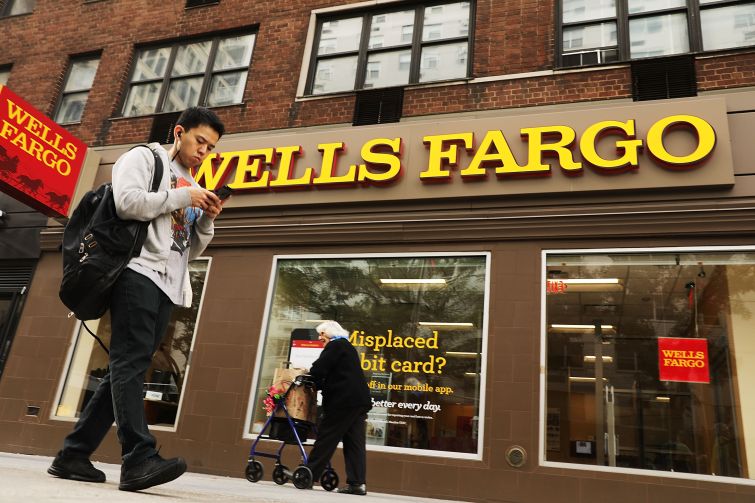 The Wells Fargo wagon pulled ahead of its Big Apple competition this year, as the global bank slid into first place among originators of commercial loans in New York City, according to new data from CrediFi.

The San Francisco-based institution wrote 49 commercial real estate loans cumulatively worth about $4 billion in New York City in 2017, edging out Morgan Stanley and Deutsche Bank, which held the top spot a year before. Signature Bank and JPMorgan Chase, which each originated nearly 400 commercial financings with much smaller average loan amounts, rounded out the top five.

The achievement represents less of a resounding Wells Fargo success than a slide in the fortunes of its competitors, the data show.

“In terms of raw dollar amount, Wells Fargo isn’t originating more in New York City now than it did in the first nine months of 2016,” the CrediFi report says. “But while financing by Wells Fargo remains stable, several other top lenders saw their origination decline this year, pushing Wells…to the top.”

While overall commercial lending in city was flat for the year, residential lenders found fewer opportunities to dig out their checkbooks. Compared with 2016 numbers, multifamily lending was down 19 percent to $26.3 billion in the city, according to the report.

Wells Fargo’s claim on the ranking’s No. 1 spot will come as a welcome counterpoint to an embarrassing stretch of bad headlines for America’s third-largest financial institution. Last September, the Consumer Financial Protection Bureau charged the bank $100 million in fines for creating around 2 million unauthorized consumer bank and credit accounts. Just two months later, Wells was forced to reach a $50 million settlement in response to accusations it had overcharged residential borrowers for post-default appraisals.

A spokesman for Wells did not immediately respond to a request for comment.

And Madison Realty Capital found a home on CrediFi’s quarterly top-10 list for the first time in the third quarter, inching ahead of Bank of the Ozarks and Citigroup for the eighth slot in the standings.

“It’s been an active year, and we’ve definitely been filling the void in the market in terms of speciality finance and construction financing,” said Josh Zegen, one of the firm’s co-founders. “We’ve been finding some unique opportunities.”

Zegen cited Madison’s $300 million loan on Ceruzzi Holdings‘ 138 East 50th Street and a $270 million construction financing on All Year Management‘s apartment project in the old Rheingold Brewery building in Bushwick as two of the deals that rocketed his company onto the top-10 list.