Lyft Subleasing From Twitter in Chelsea for First NYC Office 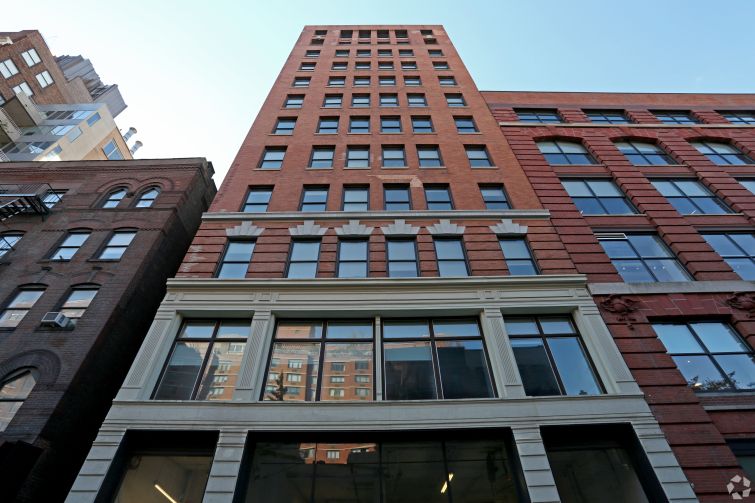 Rideshare service Lyft has taken office space at 245 West 17th Street between Seventh and Eighth Avenues, for its first office in New York City. It will be subletting a full floor from Twitter, a spokeswoman for the landlord, Columbia Property Trust, told Commercial Observer.

The buildings at 245-249 West 17th Street (together totaling over 280,000 square feet) are largely leased to Twitter—140,000 square feet—for its New York headquarters, although the social media company has been subleasing out parts of its space to the likes of Netflix and Major League Baseball, as CO previously reported. Furniture seller Room & Board leases the ground-floor retail space as its showroom at the complex.

Lyft’s new space, which can accommodate a staff of 80, is 11,000 square feet, according to Crain’s New York Business, which broke the news. On Tuesday, about 30 employees started moving in.

“The office will be home to a number of teams including marketing, sales and a growing engineering team,” a Lyft spokeswoman told CO.

With the new office, Lyft can bring its workers, who have been operating out of co-working spaces around the city, under one roof. Lyft also has its “driver hub” in Long Island City, Queens, “and a team there,” the Lyft spokeswoman said.

“Lyft has grown tremendously this year—our service now available to 95 percent of Americans—and we’re thrilled build on our momentum by expanding our workforce in New York City,” Nancy Losey, the head of office operations at Lyft, said in a prepared statement. “This space makes it possible for us to draw on the incredible pool of talent in New York City to continue improving the experience passengers and drivers across the country have every day.”

A spokeswoman for Twitter confirmed the sublease and provided the following statement: “We’re always looking at ways to use our office spaces more efficiently and effectively. We remain committed to Twitter’s presence in New York.”