MLB Inks Sublease With Twitter for Digital Operations in Chelsea 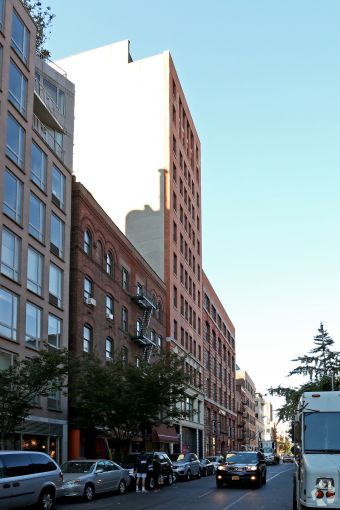 Major League Baseball has signed a sublease for some of its digital operations at New York REIT’s 245 West 17th Street, The Real Deal reported. The lease is the second within a month that MLB has signed as it moves around its office space in Midtown.

At 245 West 17th Street, the league will move its offices for MLB Advanced Media—the entity behind the league’s website and TV channel—to space currently leased by Twitter. MLB signed a three-year lease at the location, TRD reported.

That will likely hold MLB Advanced Media over until space at 1271 Avenue of the Americas between West 48th and West 49th Streets is completed in about 2019. MLB signed a whopping 400,000-square-foot deal in late October to consolidate its main office and its digital wing to a single location. But landlord Rockefeller Group is in the process of rehabilitating the 57-year-old property, formerly known as the Time & Life Building.

It wasn’t immediately clear what the asking rent in the deal was, or if brokers were involved. A CBRE team represented MLB in its 1271 Avenue of the Americas lease, but a spokeswoman for the brokerage declined to comment on whether it worked on the 245 West 17th Street deal. A spokesman for NY REIT did not immediately return a request for comment.

MLB Advanced Media is currently based in about 116,395 square feet at Chelsea Market at 75 Ninth Avenue between West 15th and West 16th Streets, according to CoStar Group, in a lease that runs through 2022. It wasn’t immediately clear if the entire staff would move to the new space.

Twitter signed a 141,000-square-foot deal at the building in January 2014 for its New York City headquarters, as Commercial Observer reported at the time. It wasn’t immediately clear why Twitter was subleasing the space, or if it had occupied it.