Lenders on $1.2B 280 Park Avenue Refi Revealed as DB, Goldman, Citi and Barclays

The $1.2 billion loan will hit the CMBS market shortly 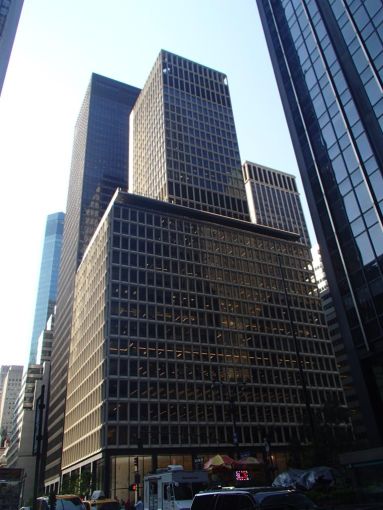 The lenders behind the behemoth loan on SL Green Realty Corp and Vornado Realty Trust’s 280 Park Avenue have been revealed. Deutsche Bank, Goldman Sachs, Citi Real Estate Funding and Barclays Bank provided a $1.075 billion loan, according to records filed with the city today, which replaces and consolidates $900 million in previous debt on the property with a $175 million gap mortgage.

A source today speculated that the remaining $125 million could be mezzanine debt or an outstanding future funding commitment on behalf of the lenders.

The loan will have a securitization execution, a source familiar with the transaction told CO, with Deutsche Bank leading the bond sales. A spokesman for Deutsche Bank declined to comment.

Vornado and SL Green anounced they had closed the $1.2 billion refinancing of the 1.3-million-square-foot office building on August 23. Commercial Observer first reported that Deutsche Bank had provided the floating-rate, interest-only loan on the Midtown trophy asset, which carries a rate of LIBOR plus 1.73 percent and matures in September 2024.

Located between East 48th and East 49th Streets, 280 Park Avenue recently underwent $150 million in renovations to its façade and interior. The makeover included expansion of the building’s lobby, enhancement of its environmental sustainability, redesign of the building’s plaza and infrastructure upgrades such as new elevator cabs and bathrooms.

The 43-story, Class A building building is at 97 percent occupancy with tenants like the Four Seasons restaurant in 22,299 square feet (not yet open), Wells Fargo leasing 29,000 square feet and Blue Mountain Capital Management leasing 78,617 square feet.

Officials at Citi, Barclays and Vornado declined to comment. Officials at Goldman and SL Green did not immediately respond to a request for comment.