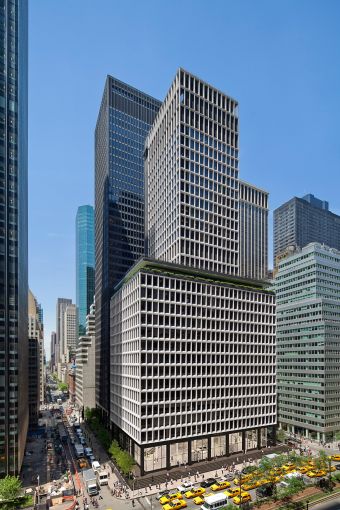 International bank Wells Fargo has signed an early renewal and expansion at 280 Park Avenue, bringing its footprint in the 43-story tower to more than 49,000 square feet, Commercial Observer has learned.

The financial institution already occupied the entire 20,000-square-foot 29th floor and 9,000 square feet on the 28th floor of the property between East 48th and East 49th Streets.

It is expanding onto the entire approximately 20,000-square-foot 27th floor of the tower, a source with knowledge of the deal informed CO. The asking rent in the deal was $90 per square foot.

CBRE’s Mary Ann Tighe, Peter Turchin, Sam Seiler and Gregg Rothkin represented the landlords, SL Green Realty Corp. and Vornado Realty Trust, in the transaction. The brokers declined to comment on the deal via a spokeswoman. Newmark Grubb Knight Frank’s Neil Goldmacher and Joshua Gosin handled negotiations for Wells Fargo in the transaction. The NGKF brokers did not immediately respond to a request for comment, according to a spokeswoman.

The Real Deal recently reported the deal was close to completion, and the renewal was for 10 years.

The 1.3-million-square-foot building is home to a number of major financial tenants, including Franklin Templeton and PJT Partners. Also, private equity firm Antares Capital recently signed a 55,000-square-foot lease to relocate its offices to the building, as CO previously reported.