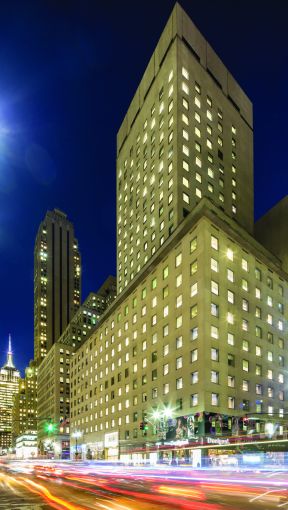 The Grand Central submarket has long endured the perception of a dated product with limited area amenities. Even with the anticipation of transformative towers, such as One Vanderbilt and 390 Madison, or the long-awaited revival of The Waldorf Astoria, the submarket nestled between the terminal and the south side of Rockefeller Center does not seem to garner the hype of new construction of the West Side or the grand announcements any time a tenant signs a lease in Lower Manhattan.

With the “Summer of Hell” upon us, Grand Central Terminal has become, as the New York Times so aptly framed it, “a bit of Heaven.” Every day, more and more commuter and pedestrian crossover is taking place there, energizing commercial activity around the transit hub and proving that “commodity product” is a misnomer when high-credit, leading institutions and consumer product companies are signing leases in competitive product across this perceived sleeper location.

SEE ALSO: ABR Capital Relocates to Iconic Baltimore Tower
[youtube=https://youtu.be/iFh-z2kPU-Q] Of late, RXR Realty has driven robust leasing activity throughout its assets in the Grand Central area. Most significantly, the landlord completed a full redevelopment at 237 Park Avenue, which repositioned the property into a reawakened Class A working environment, replete with an inter-block connecting point and in-building amenities that benefit pedestrians as well as tenants.

The repositioning also included a repurposed lobby and grand-scale atrium—with fully optimized light and air within historically challenged interior spaces; renovated entrances and storefronts along Lexington Avenue; and reconfigured the Park Avenue approach with an augmented and modernized plaza, allowing for the reintroduction of DePew Place public thruway. The redevelopment culminated with the recently concluded 480,000-square-foot transaction with New York Presbyterian Hospital in June, led by John Cefaly, Michael Burgio and Peyton Horn from Cushman and Wakefield on behalf of the tenant, as well as Jones Lang LaSalle’s Paul Glickman, Mitch Konsker and Cynthia Wasserberger working with RXR’s William Elder and Lauren Ferrentino on behalf of the landlord. The final exclamation point for the project came in the form of an $850 million refinancing this June. The asset was acquired in 2013 for $810 million.

On the heels of the activity at 237 Park Avenue, RXR concluded a new 55,000-square-foot lease bringing a refreshed concept for Regus to the iconic Helmsley Building—yet another building in the Grand Central grouping and one that boasts direct access to the terminal. The tenant was represented by Jim

Wenk at Jones Lang LaSalle and Patrick Heeg at Transwestern, alongside RXR’s Jordan Berger. RXR had implemented a $100 million capital improvement program, which clearly paid off; asking rents were in the low $80s per square foot for the Regus transaction, and RXR has recently completed a tower floor deal with a financial firm for over $100 per square foot.

Another RXR property, 340 Madison Avenue provides even more proof of the appeal of this emerging submarket: PNC Bank, represented by Newmark’s David Falk, Kyle Ciminelli and David Simson, expanded their existing space in July by 14,000 square feet for a new total of 70,000. “While the building is over 700,000 square feet,“ said Transwestern’s Senior Vice President Ryan McKinney, “tenants like the boutique appeal that is successfully in place from hands-on, personal management and a sense of community within the building.”

RXR continues to see good activity in these boutique community properties with recent leases signed at 530 Fifth Avenue. A new 10-year lease with General American Investors was signed in July, a relocation from 100 Park Ave, which continues the trend of credit tenants seeking value in a proven location with easy access to transportation. The tenant was represented by Nicholas Farmakis and Michael Bertini from Savills-Studley, and the landlord was represented in house by Dan Birney and Alexandra Budd as well as Avison Young’s John Ryan, Anthony LoPresti, Michael Leff and Mitti Liebersohn.

“Tenants have always sought Grand Central for its proximity,” Lierbersohn said. “High-end financial users have historically been driven to Park Avenue for its cache, but the new tenants populating 530 Fifth Avenue are those seeking an extra cool factor beyond convenience. RXR has been a step ahead of these groups, providing an organically collaborative environment.”

Other neighbors in 530 Fifth Avenue are Lionsgate Entertainment and STARZ, which leased and expanded in the building in the spring, along with beverage titan Diageo.

“530 Fifth offered an opportunity for GAI to occupy the entire top tower floor in a building located between the commuting hubs that serve the entirety of its employees. They were pleased that ownership worked with the team to reconfigure the space in a way that maximized efficiency in operations,” Farmakis said of the transaction.

With district amenities such as the innovative food hall Urban Space and the Michelin-rated Agern (which reopened last week), the Grand Central submarket seems primed to meet the demands of today’s office tenant. RXR Realty’s recent deals have only solidified that perception, which, as more and more issues become apparent at Penn Station, is rapidly becoming a reality.