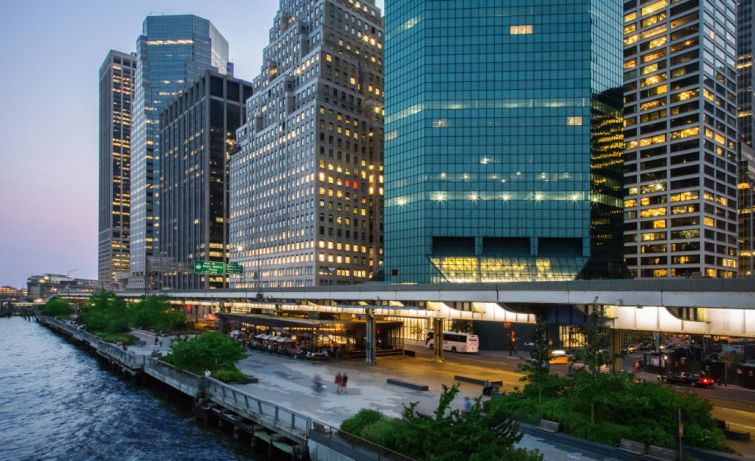 Connex signed a 10-year deal for its space on the 11th floor of the 41-story, 1.2-million-square-foot tower between Front and South Streets overlooking the East River. The company will move into the MHP Real Estate Services– and Clarion Partners-owned property after leaving its current Financial District office at Rudin Management Company’s 55 Broad Street.

Asking rent in the deal was $56 per square foot, according to sources with knowledge of the transaction. Michael Joseph and Jack Senske of Colliers International represented Connex, while the landlords were represented in-house by MHP’s Jesse Rubens, Rick Doolittle and James Tamborlane, as well as a Cushman & Wakefield team of Tara Stacom, Rob Lowe, Justin Royce and Frank Cento.

Rubens told CO that MHP was slated to prebuild the space in question before agreeing to the lease with Connex, but is continuing with its plans for the prebuild with a few alterations to fit the tenant’s specifications.

“We’re in construction now,” Rubens said. “It was a proposed prebuild; we had a layout plan, they came in and said they loved the space and made a few tweaks, and now we’re building it.”

MHP has pursued a prebuild program for several spaces at 180 Maiden Lane in order to appeal to prospective tenants. In addition to the 11th-floor space, the landlord previously prebuilt the entire, 30,000-square-foot sixth floor on spec and is currently finishing a partial prebuild on the eighth floor, Rubens said.

“In the 4,000- to 8,000-square-foot range, tenants often like a move-in option,” he noted. “[They] don’t have to mess with construction or hiring an architect.” TPG Architecture is handling the Connex build-out, Rubens added.

A Colliers spokeswoman confirmed that the brokerage represented Connex in the transaction, but declined to comment. A C&W spokesman did not immediately provide comment.

Update: A previous version of this article incorrectly identified business conferencing and communications provider Connex International as the tenant moving to 180 Maiden Lane.