Aetna Will Relocate Headquarters From Connecticut to Chelsea 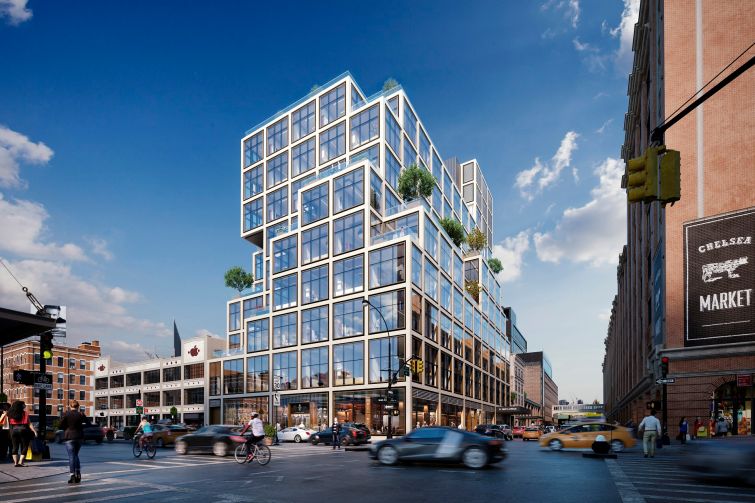 After 164 years in Hartford, Conn., insurance giant Aetna announced today that it will move its corporate headquarters to 61 Ninth Avenue in Chelsea.

The insurer will relocate 250 jobs to Vornado Realty Trust and Aurora Capital’s new office building at the corner of West 15th Street and Ninth Avenue, according to a release from Gov. Andrew Cuomo’s office. The company told the Hartford Courant that 6,000 employees will remain in Connecticut, and moving top executives to New York City will have “minimal impact” on the company’s operations.

“New York City is a knowledge economy hub, and a driver of the innovations that will play a significant part in our ongoing transformation,” Aetna Chairman and Chief Executive Officer Mark Bertolini said in the release. “Many of the roles in our new office will be filled by innovators from the area’s deep talent pool, which will be an invaluable resource as we consider additional investments in the city going forward.”

Aetna inked a 13-year lease for 145,000 square feet in the planned 165,000-square-foot-building, which will replace a longtime lumber yard. It also plans to invest $84 million in building out the office space. Rafael Viñoly Architects is designing the 10-story commercial property, the rest of which will be filled by the world’s largest Starbucks. The coffee chain will operate a 20,000-square-foot cafe and roastery on the ground floor and lower level of the loft-inspired building, as Commercial Observer reported last year. The building will also feature private terraces on each floor and a large rooftop green space.

Vornado declined to comment on the deal, and it wasn’t clear who represented Aetna.

In 2015, Vornado and Aurora leased the site from Prince Lumber for 99 years, to the tune of $140 million. Apple’s Meatpacking flagship is next door at West 14th Street and Ninth Avenue.

Aetna already has a presence in New York City, including a 51,000-square-foot office at 100 Park Avenue between East 40th and East 41st Streets and space at 1333 Broadway between West 36th and West 37th Streets.

While Aetna considered several cities for its new headquarters, New York lured the company with a package of attractive financial incentives. The Empire State Development Corporation will provide the company $24 million in performance-based tax credits over the next 10 years. And the New York City Economic Development Corporation has promised Aetna a $9.6 million assistance package that includes $4.3 million in sales tax benefits, $3.8 million in property tax breaks and $1.5 million in “enhanced sales tax benefits” and discounts on electricity rates.

The insurance company’s move is widely seen as a blow to Connecticut, which is in the midst of a fiscal crisis, and a hit to the long-struggling economy of Hartford.

“Aetna’s long-term commitment to Connecticut will be based on the state’s economic health,” the corporation said in a statement. “The company remains hopeful that lawmakers will come to an agreement that puts Connecticut on sound financial footing, and that the state will support needed reforms to make Hartford a vibrant city once again.”