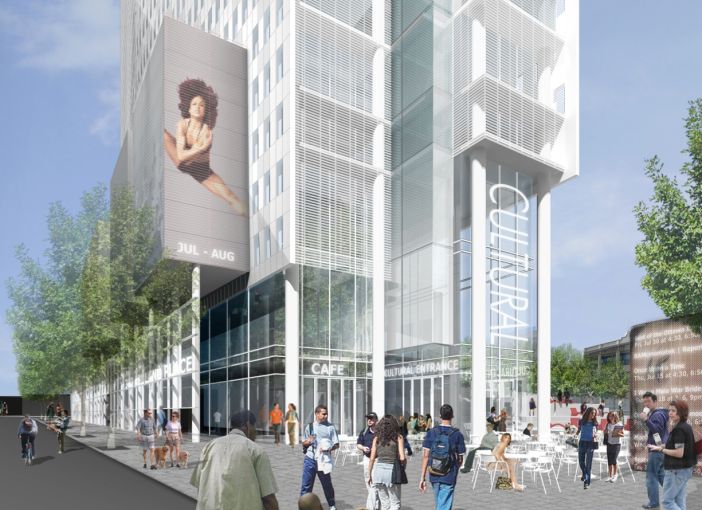 First Two Trees Management Company landed Apple at 300 Ashland Place in Fort Greene, Brooklyn, and now the company has inked a deal at the same property with Whole Foods Market. Both are companies that Jed Walentas, a principal and the company’s chief executive officer, long wanted at the project.

“Jed had a vision for this building five years ago when he said, ‘I want Apple and Whole Foods,’ and he executed that,” a source familiar with the deal told Commercial Observer.

The Apple deal was signed at the building between Lafayette Avenue and Hanson Place at the end of last year, as was previously reported. Today, Two Trees announced that 365 by Whole Foods Market will open at the building in 43,000 square feet spread across two stories at the base of the 35-story building. The residential portion of the building above—with 379 units—opened last summer.

“We believe our fresh new format will be a perfect fit for the Brooklyn community,” Jeff Turnas, the president of 365 by Whole Foods Market, said in prepared remarks. “We can’t wait to make 365 a part of this vibrant cultural district.”

The 365 by Whole Foods Market lease, signed on Jan. 11, is for 20 years, and while a spokesman for Two Trees declined to cite the rent, asking rents in the area range from $80 to $125 per square foot. The store is slated to open early next year.

The 365-branded stores, of which there are three operational, are more value-oriented because they sell more prepackaged foods, less merchandise and require less labor. They are also more streamlined, featuring innovative technology. The company announced the 365 name in June 2015, CO reported.

The Wall Street Journal was the first to report news of the deal, which comes eight days before Whole Foods’ Bryant Park location is opening at 1095 Avenue of the Americas.

Two Trees acquired the building for $16.5 million from the New York City Development Corporation in July 2013. About a year later, the New York State Housing Finance Agency gave the landlord a $168 million loan for construction financing at the building, according to public records. Future tenants include four BAM Cinema screens, a branch of the Brooklyn Public Library and cultural space for 651 ARTS and the Museum of Contemporary African Diasporan Arts (MoCADA), according to a Two Trees release.