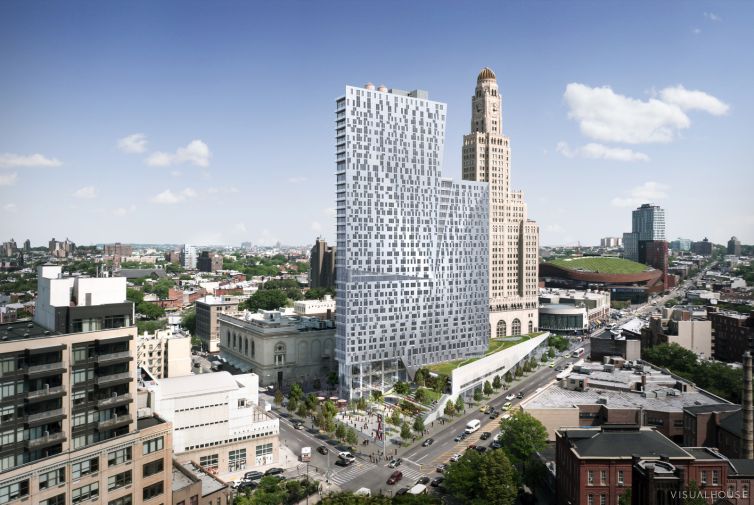 Apple has inked a 12,000-square-foot deal at 300 Ashland Place between Lafayette Avenue and Hanson Place in Fort Greene, Brooklyn.

It will occupy the ground floor of Two Trees Management Company’s 32-story building, according to The Real Deal, which first reported news of the deal. Details about the 10-year lease were not immediately available and a spokeswoman for Two Trees declined to comment.

Christopher DeCrosta of Crown Retail Services represented the tenant in a direct deal with the landlord. DeCrosta, who also represented Tesla Motors in its Meatpacking District deal, would not comment on the deal.

This new space will be Apple’s second location in Brooklyn. In July it opened in 20,000 square feet across the ground and second floors at 247 Bedford Avenue between North 3rd and North 4th Streets in Williamsburg.

Two Trees acquired the building for $16.5 million from the New York City Development Corporation in July 2013. Roughly a year later, the New York State Housing Finance Agency lent the landlord $168 million for construction financing at the building, according to public records.

The building was unveiled during a ceremony last month. The mixed-use property has 379 units, made up of a combination of one- and two-bedroom apartments, according to the building’s website. The first few floors of the building will house cultural organizations like Brooklyn Public Library, BAM Cinemas and the Museum of Contemporary African Diasporan Arts.