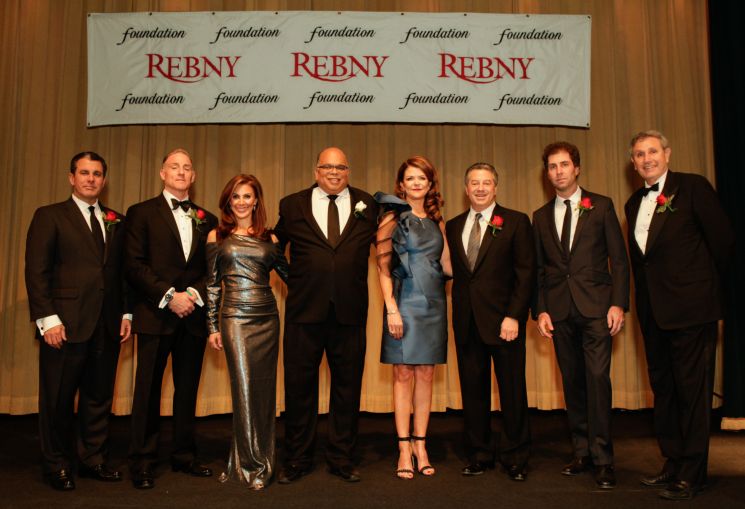 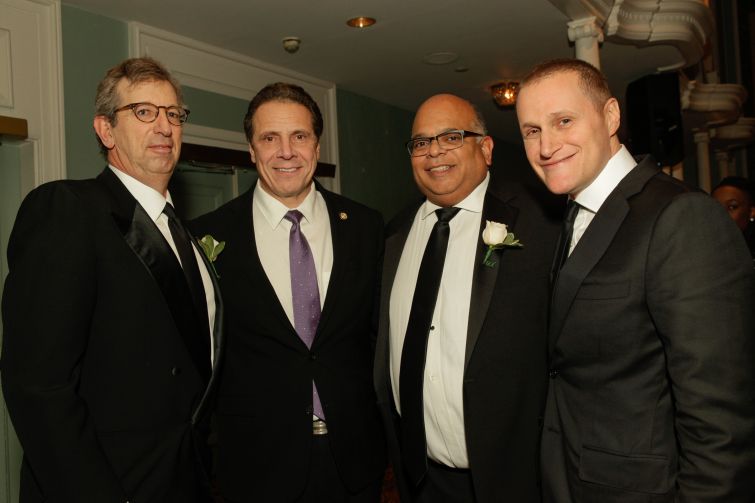 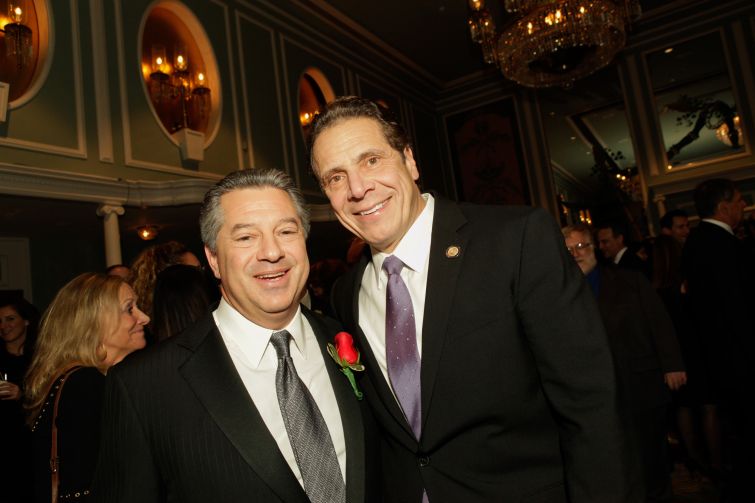 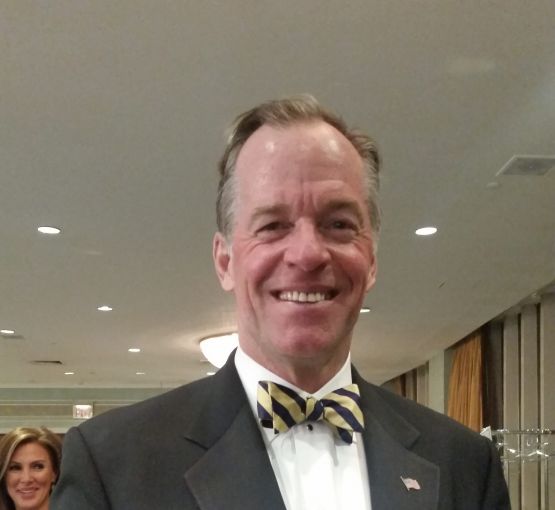 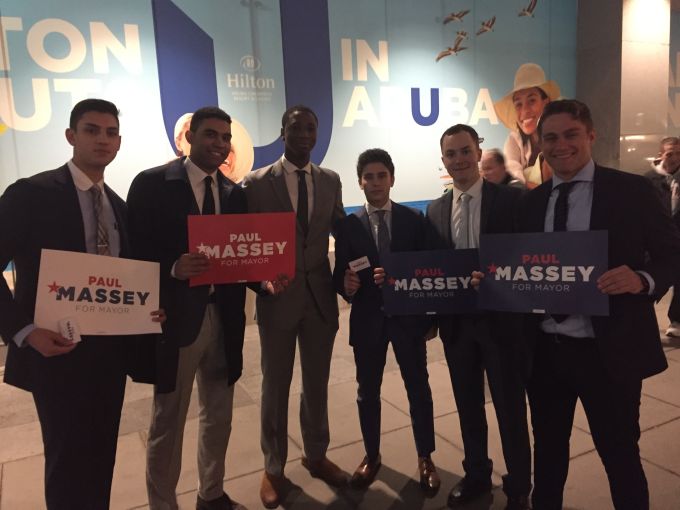 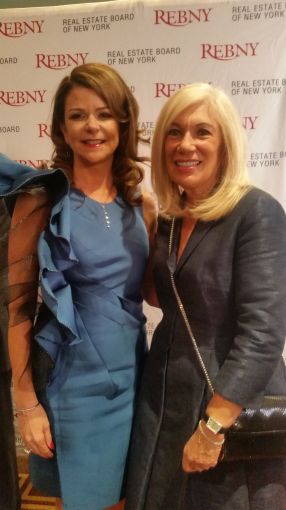 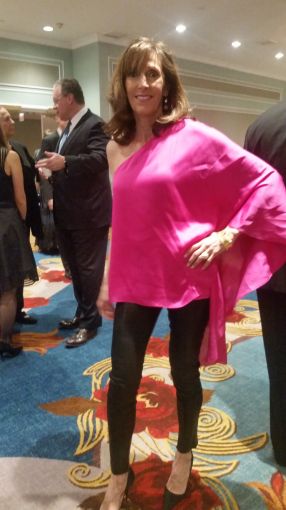 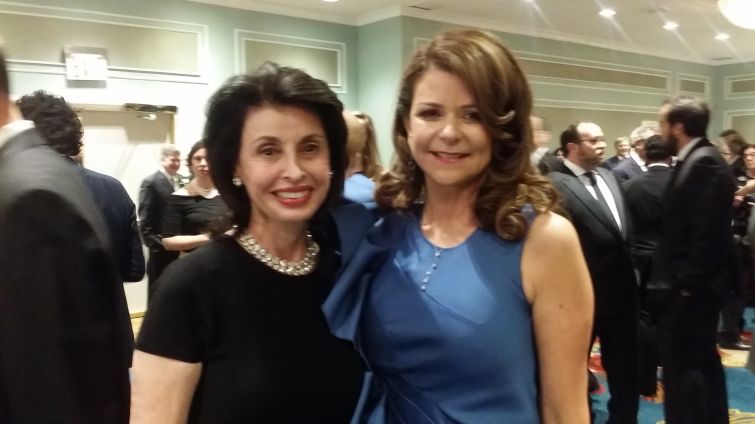 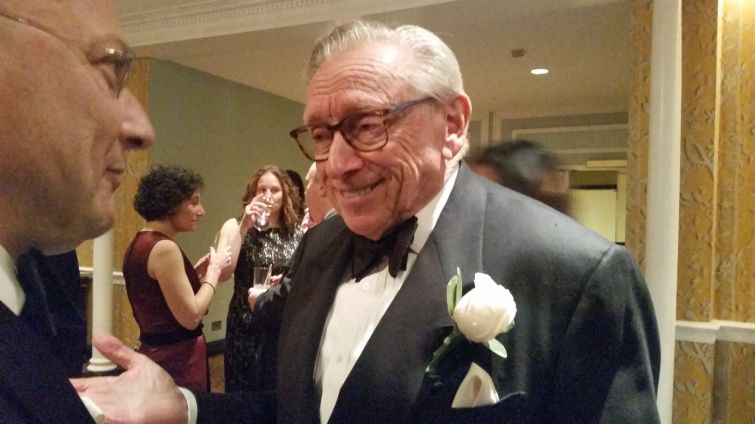 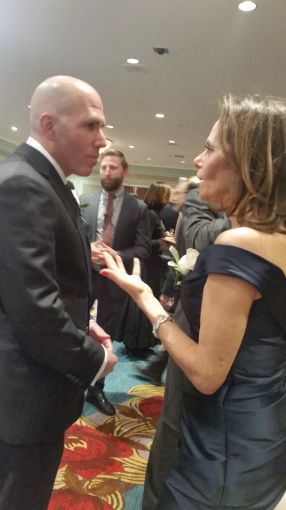 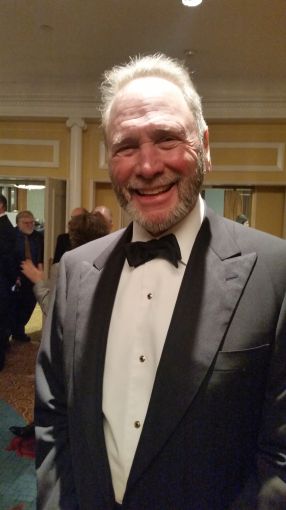 On the eve of the 45th United States presidential inauguration, the Real Estate Board of New York hosted its 121st annual gala and awards dinner, bringing together all of the top movers and shakers from the real estate and political worlds.

Mayor Bill de Blasio and Gov. Andrew Cuomo were both in attendance at the cocktail party, preceding the main reception at the New York Hilton at 1335 Avenue of the Americas between West 53rd and West 54th Street. The mayor left before the main festivities after chatting with developers—including REBNY Chairman Rob Speyer—to stop by a protest of incoming President Donald Trump outside nearby Trump International Hotel & Tower.

Meanwhile, Cushman & Wakefield’s Paul Massey, a Republican candidate for mayor who just beat out de Blasio with $1.6 million in campaign funds raised over the last six months, milled about with someone from his campaign. Outside the hotel entrance he had a fleet of supporters trying to engage with supporters.

Former REBNY Chair Larry Silverstein gave a speech recounting how Silverstein Properties Executive Vice President Bill Dacunto, who was honored, narrowly escaped the World Trade Center on 9/11, walked all the way to the company’s offices on Fifth Avenue and, covered in ashes, asked how he could help out.