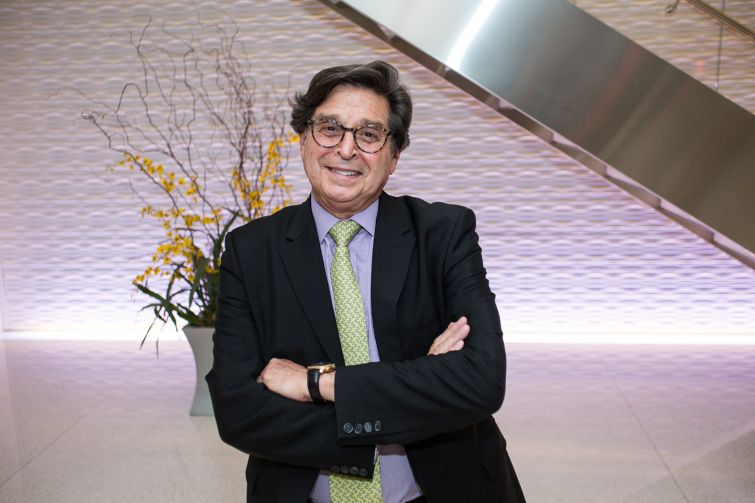 Two of Cushman & Wakefield’s top retail brokers have jumped ship to Colliers International where they plan to grow the brokerage’s retail team.

C. Bradley Mendelson and David A. Green effectively started at the firm today, and are working out of Colliers’ office at 666 Fifth Avenue. They will serve as co-heads of the brokerage’s retail division, Mendelson told Commercial Observer, and they will be recruiting brokers.

Mendelson and Green leave behind team members Alan Schmerzler and Steven A. Soutendijk. Mendelson’s daughter Nicole, who is a year and a half into the business, will be joining her father from C&W soon.

“This is big for us,” Joseph Harbert, Colliers’ president of the eastern region, told CO. “I’ve known these guys for most of my real estate career. They’re still the marquee players in my mind on the landlord side.” (Actually, Harbert grew up on the same block as Green in Huntington, Long Island at a time when Green was friends with Harbert’s younger siblings.)

As he said in a press release announcing the new hires: “The addition of this vibrant retail team is a major strategic step up in expanding Colliers’ retail platform in New York. With decades of acclaimed industry experience, Brad and David bring an exceptional level of on-the-ground market knowledge and they position us well to take our retail practice to new heights.” Harbert noted that he hopes the retail broker count will triple from six full-time professionals within 18 months.

Mendelson is viewed as a Times Square expert, having arranged with Green the game-changing Toys “R” Us’ lease at 1530 Broadway at West 44th Street in 2000. The deal won them the Real Estate Board of New York’s Most Creative Deal of the Year award. Last year, he represented the landlord in a 72,000-square-foot lease with Gap and Old Navy to occupy more than half of the space, which Toys vacated at the end of 2015.

Green, meanwhile, has represented Boston Properties at 767 Fifth Avenue, otherwise known as the GM Building, with Soutendijk. Under Armour recently signed a 53,000-square-foot lease to open a new store at the property, taking space previously occupied by FAO Schwarz. Kevin Plank, the company’s chief executive officer said in July that the location between East 58th and East 59th Streets is the “most recognized and high-trafficked areas of all of New York,” as CO reported in July. In 2014, Green won REBNY’s second place Robert T. Lawrence Award for brokering the master lease of the retail portion of 650 Fifth Avenue to a joint venture between SL Green Realty Corp. and Jeff Sutton in 2013.

The hires are a boon for Colliers, which has been trying to strengthen its New York City retail presence. In June 2015, The Real Deal reported that the brokerage was making a play to buy the retail-focused RKF—a bid that eventually failed. In July 2014, Colliers hired tenant rep Patrick Breslin, known for boosting AT&T’s number of stores nationwide and then doing the same with Verizon, as an executive managing director.

“We were offered a great opportunity,” Mendelson told CO today, adding that he had not actively been looking to make a move. “You build a department. It’s fun doing that.”

Green wasn’t available to comment, but said in a prepared statement: “Colliers’ reputation for delivering the highest level of client service makes this a perfect fit for us.”

Mendelson and Green’s departure also marks the latest of many moves within C&W over the last few weeks as the industry experiences a shake-up.

Despite the departure of the retail heavyweights, the company maintained it will still have a good footing in the Big Apple.

“Cushman & Wakefield is committed to expanding our retail team in New York, building on our status as the number one-ranked retail services firm in New York City,” a C&W spokesman said in a statement today.