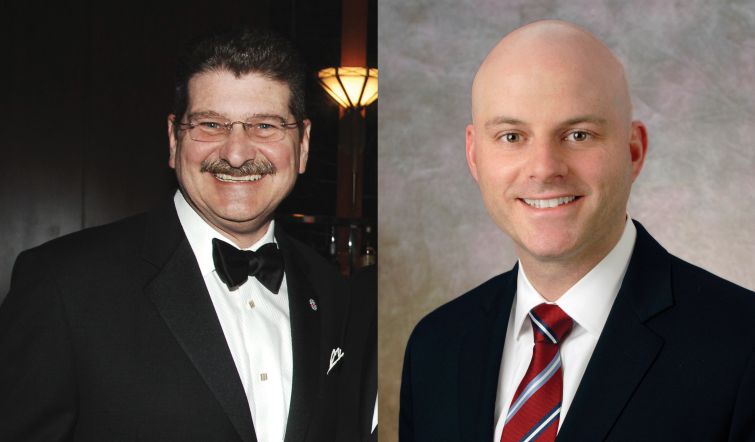 Ron Lo Russo, the president of Cushman & Wakefield’s New York tri-state region, will step down from his position on Dec. 1 to head agency leasing for the brokerage, the company announced in a press release today.

Longtime C&W veteran John Santora will take over Lo Russo’s regional position, having served as the firm’s global chief operating officer for the past year.

“We’re building on our strength in New York and the region, and John’s experience as a leader in the industry will position us for continued growth,” Tod Lickerman, C&W’s global president, said in prepared remarks. “We’re excited to have Ron return to our agency leasing practice, where he’ll have an immediate impact on deepening our relationships in the landlord community.”

The company declared earlier this week that Lickerman would become chief executive officer of the Americas division, which will take effect on Nov. 1. Joseph Stettinius, who currently holds that title, will become CEO of Americas Brokerage and Capital Markets at the same time.

“It would appear that a bunch of people are being crunched down,” one source said on the condition of anonymity. It wasn’t clear if Lo Russo asked to return to his broker roots or whether the new positions were considered demotions. Another source said it was curious that a Lo Russo protégé would not have been long groomed and then promoted to head of the New York tri-state region.

A C&W spokesman declined to comment beyond the information in today’s press release.

News of the shuffling comes about two weeks after the company lured super investment sales brokers Douglas Harmon and Adam Spies away from Eastdil Secured. The move was seen as a major grab for C&W, which has scooped other top brokers from places such as Newmark Grubb Knight Frank and CBRE. Rumors have been swirling about whether the hires have been part of a build up to take the company public.

Sources within the firm were mixed on whether this was a pre-initial public offering move, with some saying that C&W will wait until market conditions are better. Stock in rival CBRE, for instance, was down $2 at the close of business today compared with the opening of the market on Monday morning.

Lo Russo has been playing a role in bringing in some of that talent, including the January hire of Mark Weiss, an NGKF veteran who joined C&W as an executive vice chairman.

Working in the landlord representation realm is familiar territory for the C&W executive. Before joining the firm three years ago, he was the vice president of leasing for Vornado Realty Trust, according to his LinkedIn biography. His new role will include “driving and executing agency business,” the release indicates.

It’s not uncommon for brokers in management positions to once again start pounding the pavement and doing deals. Arthur Mirante and Bruce Mosler both went back to brokerage after serving as C&W’s CEO. Mirante is now head of Avison Young’s New York division, while Mosler is C&W’s chairman of global brokerage. Stephen Siegel, the head of global brokerage at CBRE, served as the chairman and CEO of Insignia/ESG before the two companies merged in 2003. (There’s also the logic that brokers make more money from commissions on big deals, while administrative positions are salaried.)

Santora has spent nearly 40 years at the firm, holding major leadership roles. Before his current position, he was the CEO of the Americas division and the head of client services.

The Real Deal first reported news of the moves.